This Dog Trots for Treats 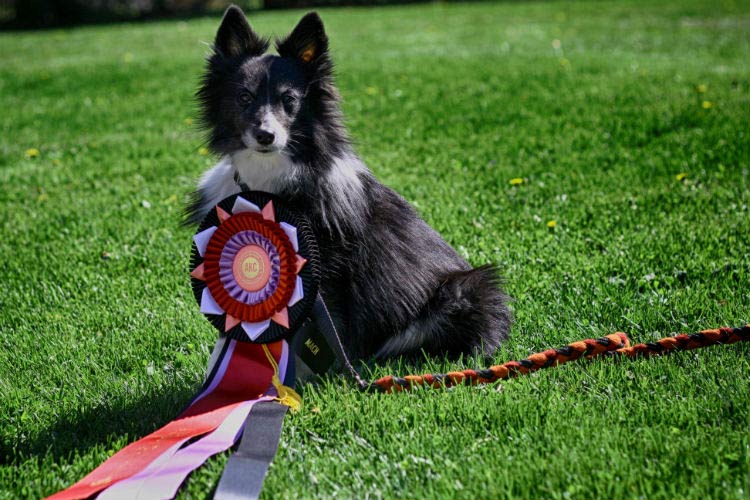 “He was 5 months old and quickly settled into our home, showing us just how much drive and energy a herding dog can have,” she said.

“Agility quickly became his favorite activity and has helped Patches to grow from shy and fearful into a much more confident dog who will do anything for treats  – hence his registered name: Trots for Treats!”