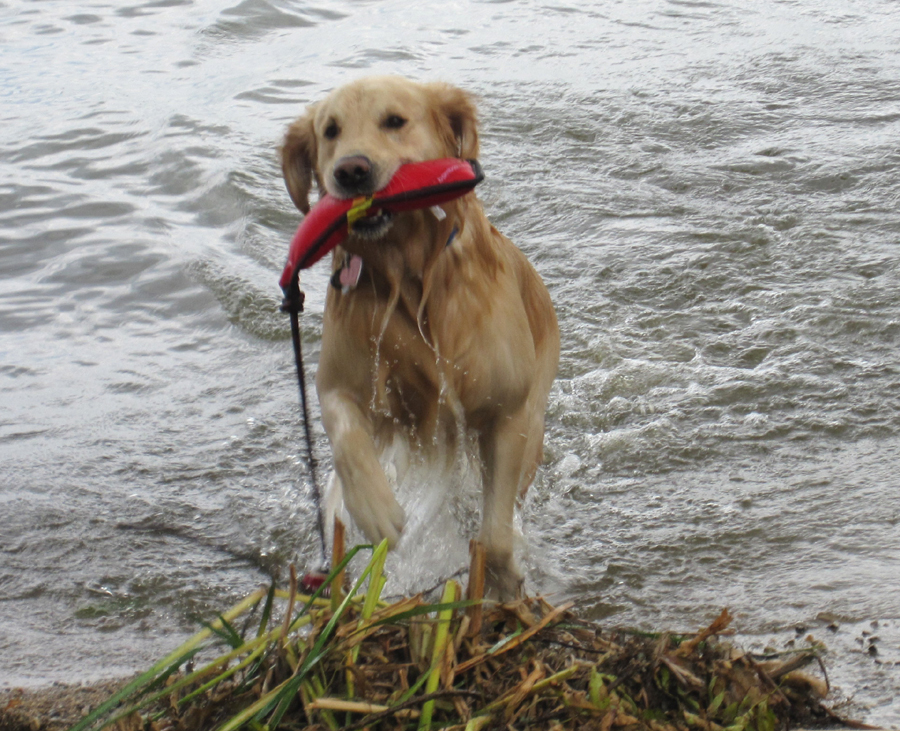 Blazin Blue Golden Bear THD CGC, owned by Beverly Kozlowski and Patti Stitz, is a hard working therapy dog. His owner Beverly tells us of a special day when he made a big difference.

The benefits that Blaze has made to veterans is indescribable. He meets with male and female, old and young veterans and sailors.

One young sailor was standing in the corner.  I could see his eyes go to Blaze.  Blaze noticed him right away and calmly moved towards him. He reached the young sailor, sat next to him, and uncharacteristically, leaned on him. The sailor moved his hand down slowly to touch Blaze’s head.

One nurse was so excited she motioned for the other nurses to watch the young sailor.  She went to the sailor and asked him if he liked dogs.  He nodded his head. He then leaned down and wrapped his arms around Blaze.  Blaze stretched his neck up and nuzzled the young sailor’s ear and side of his face.

The nurse said this was the first reaction that they had from this sailor since his arrival several weeks earlier. Blaze is our miracle worker.

When he is not working, Blaze loves to swim and retrieve.

Blaze is a recipient of the AKC Therapy Dog title through the AKC Canine Partners program for all dogs, including mixed-breeds and rescues. Get more information here.