The Road to Orlando: Meet the AKC Obedience Classic Contenders 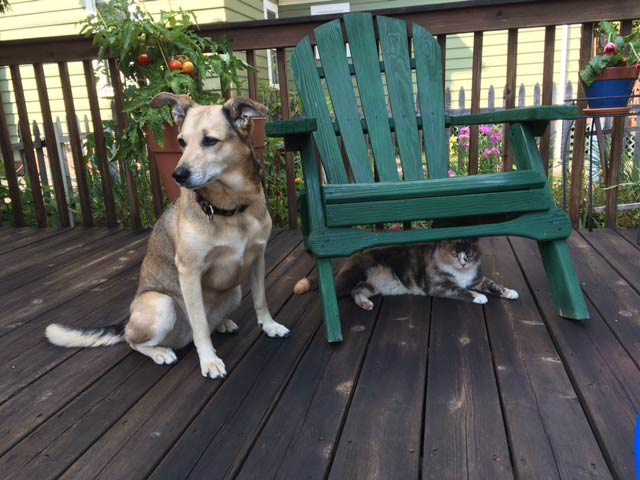 Virginia tells us about Pippin: “Pippin came  into my life in October 2014.  I had recently lost my first dog and was not in any position to start caring for another animal.  My vet, however, called, asking if I would consider  just looking at a dog that had been recently brought to her by the shelter to be euthanized.  She felt this dog still had life in her though her behavior was quite iffy as she had been crated and not fed for quite some time.

She was flea ridden, had a terrible skin condition and was about 20 pounds underweight  I saw her and stated I would take her, but only if I could do so immediately. I couldn’t leave her in the shelter for another minute. (below photo shows how she appeared shortly after I adopted her.)

Pippin and I bonded almost immediately but problems surfaced quickly.  She bit the next door neighbor, nipped at others, and was menacing to a very experienced dog sitter.  She was great when I was with her, but if I wasn’t home, she was frightening.  I became frantic and thought  I would try a behaviorist as a last resort.  Someone directed me to the dog training school Tails U Win, where I met Joyce O’Connell, and to make a long story short, started training Pippin.  With the patience and knowledge of Joyce and others at the school, my life with Pip has totally turned around.  It’s now been two years, and Pip has her CGC and her CD. She loves classes, training, other dogs, people, and even visiting people in nursing homes.  I wouldn’t change a thing.”