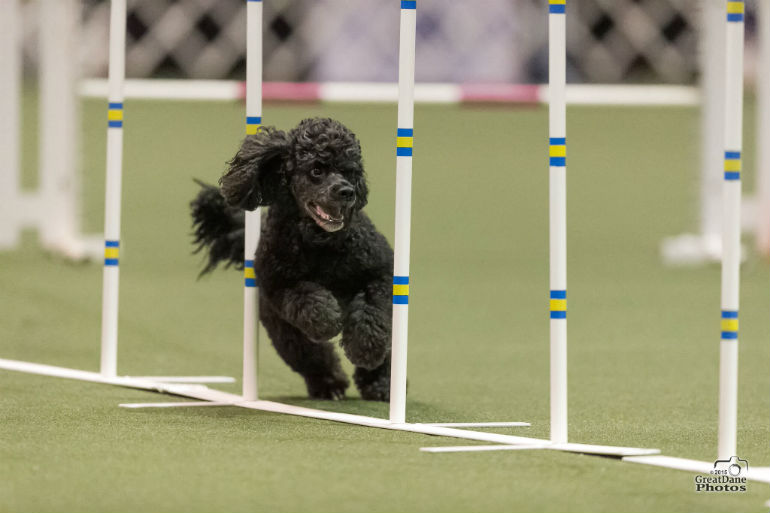 This is the second in a series of profiles on the six top agility mixed-breed dogs that received the invitations to compete in the 2016 AKC Agility Invitational. The annual event takes place Dec. 17-18 in Orlando, FL, in conjunction with the AKC/Eukanuba National Championship and the AKC Obedience Classic.

Caroline tells us about Kai: “Kai is my best friend and agility partner. Kai came from a local animal shelter when he was only 5 months old. We are returning to the invitational for our third time. It is always an honor and a thrill to go to the invitational.  It will be hard to top last year; Kai went to the finals and won third place in his height division.  I was bursting with pride. Kai is amazing and I'm so proud of him.”