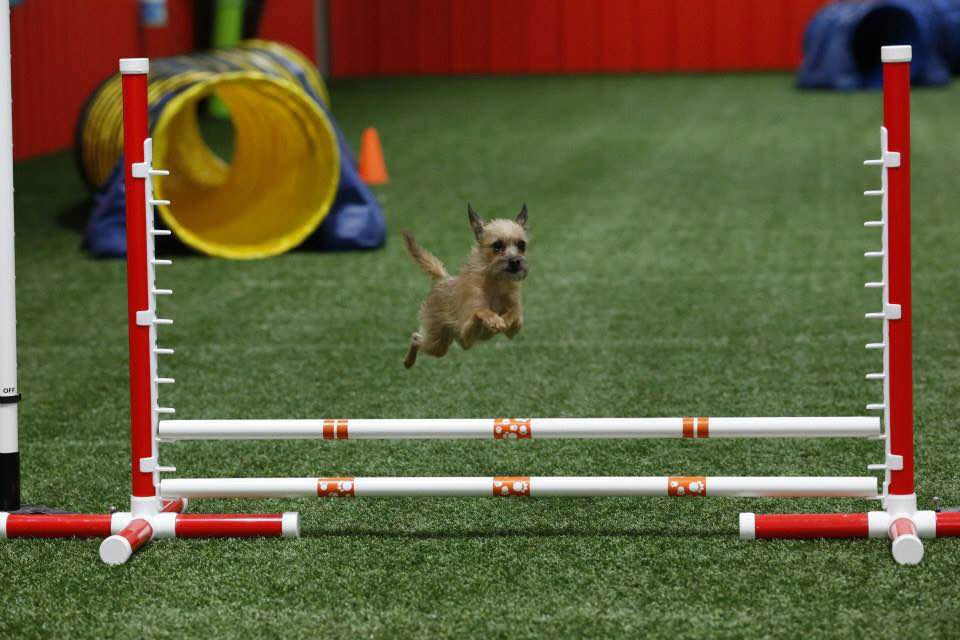 This is the fifth in a series of profiles on the six top mixed-breed dogs that received the invitations to compete in the 2015 AKC Agility Invitational. The annual event takes place Dec. 11-13 in Orlando, FL, in conjunction with the AKC/Eukanuba National Championships in conformation and the AKC Obedience Classic. Mixed-breed dogs, known as All-American Dogs, compete in AKC events through the AKC Canine Partners program.

Stephanie says: “Stanley came into my life in March 2011. At the time he was terrified of everything and I could tell he did not have a very good first six months of his life. I wasn’t involved in agility at the time and wasn’t even thinking about it when I got him; I was just looking for a companion dog at the time. It took a year for me to build enough confidence in him to feel comfortable taking him to an obedience class. After that first obedience class I thought I would give agility a try, if nothing else I was hoping to continue to build his confidence. After our first agility class we were both hooked on the sport. I could not have asked for a better dog to be my first agility dog. I never would have thought this 5-pound dog would turn into the little agility star he has.”