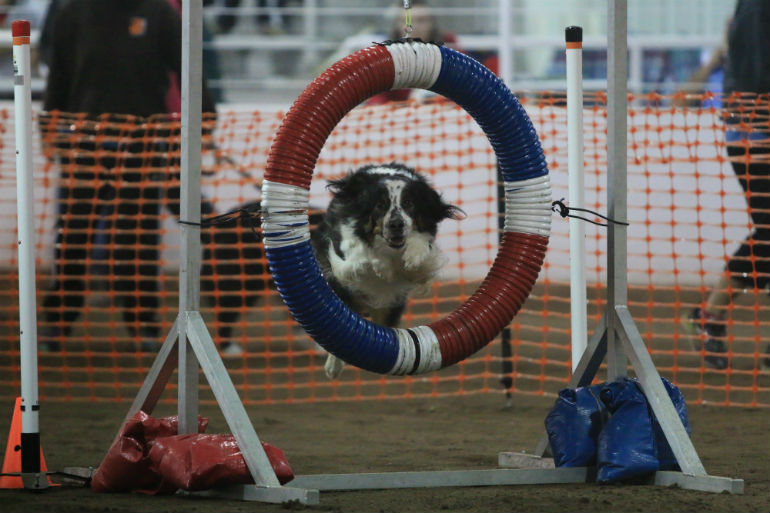 This is the fifth in a series of profiles on the six top agility mixed-breed dogs that received the invitations to compete in the 2016 AKC Agility Invitational. The annual event takes place Dec. 17-18 in Orlando, FL, in conjunction with the AKC National Championship and the AKC Obedience Classic.

Jordan got Moses six years ago as a family pet from a friend at work. They started out with basic house training/obedience classes at local pet store just so Moses could learn some manners.

“After completing these classes, the teacher wanted to know if we had ever thought about taking agility classes. This was the first that I had ever heard of something like this. After researching online and finding a local agility and obedience club, I found recommendations that rally was a good stepping stone from the Canine Good Citizen test to agility. There started our competitive story. Moses stared competing in rally and then moved to obedience while practicing agility,” Jordan said.

Moses not only has six Master Agility Championships, he has earned the AKC Obedience title of Utility Dog and four AKC Rally Advanced Excellent titles.

“Moses has been one of those dogs that ‘just does it.’ I can ask him to do a new task and within two to three attempts at learning it, he has it perfected!,” Jordan said.