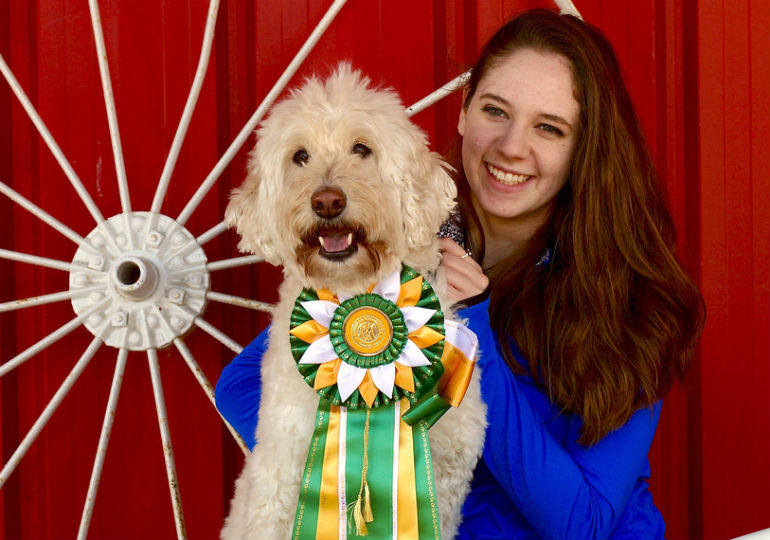 Vermont resident Haley Bouchard was just 13 when she and her dog Willow entered the AKC Agility ring in 2011 – one year after the launch of the AKC Canine Partners program.

“Their first few years in competition were tough. There are lots of 15 second videos of Willow running out of the ring,” said Haley’s mother Diane.

With lots of perseverance and help from Haley’s trainer, Lori Bielawa, Willow and Haley started to work as team and overcome the stress of competing.

Haley is heading to college this fall at Northeastern University in Boston, MA and will no longer be actively competing.  “The initial agility failures in the ring and hard work needed to overcome them are life lessons that Haley will bring with her to next stage in life,” Diane said. “She hopes to be back in the agility ring one day.”