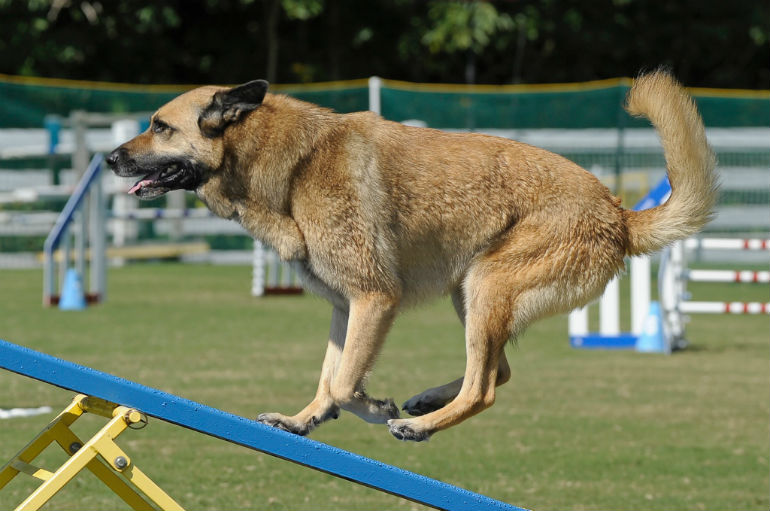 Paula was exiting her local shelter after an unsuccessful search for a new dog at the same time a man was entering with three puppies to surrender.

She knew immediately that she wanted the smallest puppy that was “cuddly but fearful,” she said.

“Right from the start it was clear that Keno was (and is still) afraid of many things ranging from tile floors to floor lamps to skateboards, bicycles and the children that tend to be with them,” Paula said. “ Her fears are not always predictable or consistent. What terrifies her one day might be ignored the next. “

But Keno had a sweet, lovable personality and a strong retrieve drive, chasing balls endlessly. When Paula was at work, Keno spent the day with Paula’s friend, Louise Gilchrist, and her two agility dogs. With Keno’s strong ball drive, Louise found it was easy to include her in agility training. Keno learned the sport quickly.

But getting Keno into the competition ring, with all her fears, took a lot of patience, but gradually her confidence improved and she began to have success, ultimately earning her AKC Preferred Agility Championship in January 2016 in Lexington, VA.

“Though she still has difficulty competing at some venues, Keno is always a hard-working, delightful companion and competitor.”

Keno is a member of the AKC Canine Partners program for all dogs including mixed-breeds and rescues.