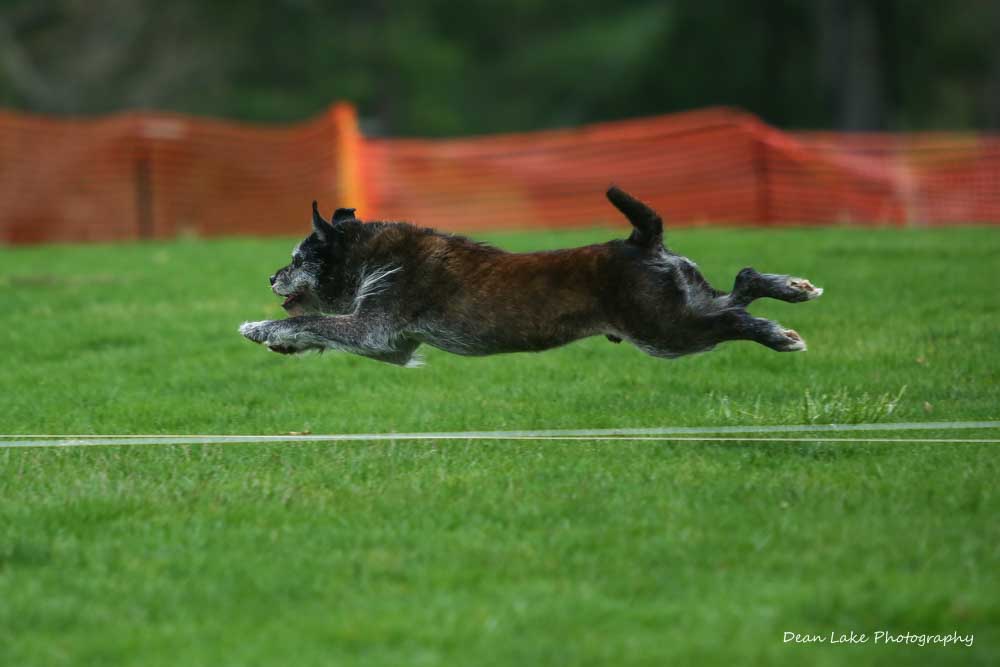 Hank appeared one unusually warm and stormy February day in 2008 when Pam was walking her three dogs.

“Hank followed us all the way home and ended up in my garage since I couldn’t bear to see him running the roads in the rain,” Pam said. “He was wearing a collar so the next step was to find his rightful owners.”

After a free lost and found ad in the newspaper, flyers with his picture on light poles, and a visit to the vet to check for a microchip, no owner came forward.

“Even though I had just added a new dog a few months before, I decided to keep him.  We soon began working on some obedience, rally and agility.”

Hank now has titles in agility, rally, barn hunt plus a certification as a therapy dog.

His true passion is for coursing, and he earned the top title in AKC Coursing Ability – the Coursing Ability Excellent for 25 passes –  in April 2015 at a test in Perry, GA. He is already half way to his CAX2!

“If Hank could speak, he would thank AKC and their Canine Partners program for allowing the mixed breeds a chance to come out and play too!,” Pam said.