Search for Golden Lands Mixed-Breed with Heart of Gold 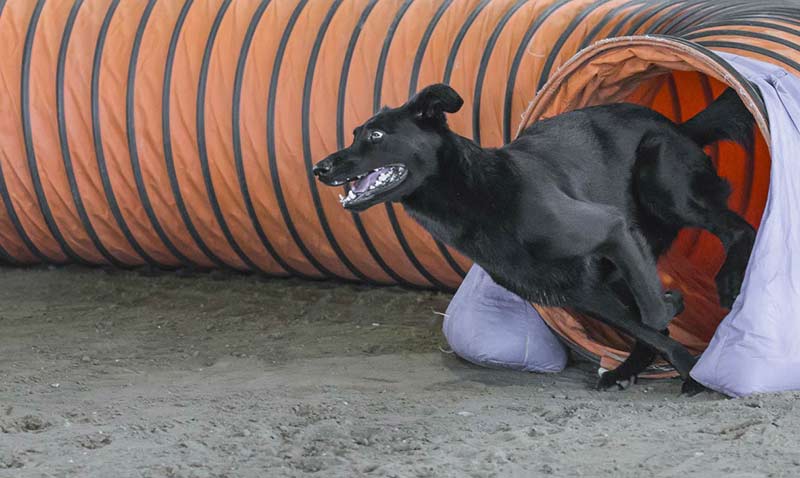 Belinda was in search of a rescue Golden Retriever to compete with in agility as she had owned a Golden many years before and competed with that dog in agility.

“I kept checking the rescue organizations online, visiting several rescues.  There was this litter of puppies, all black, born to a Golden mother, but I was not interested.  I wanted a Golden.”

Belinda continued her search and met a few potential agility partners, but all had issues that did not make them good candidates for agility.

Eight months later, one of the black puppies appeared back on the on rescue group’s web page with the caption “I’m Back.” She had been returned because she was too active for the family who adopted her.

“I reluctantly contacted the rescue group Golden Beginnings and asked to meet her, hoping she did not work out for my family of dogs, cats, child, husband and agility.  But she passed all the tests, and the vet approved her for agility.  So here we are.  Aimee may not look like a Golden but she acts like one, has the heart of one, and has won my heart as well as my family’s.”

Aimee earned the highest honor in AKC Agility – the Master Agility Championship (MACH) –  on Oct. 23, 2015, at the Southeast Texas Agility Club trial at the age of three. Aimee is a member of the AKC Canine Partners program for all dogs, including mixed-breeds and rescues.