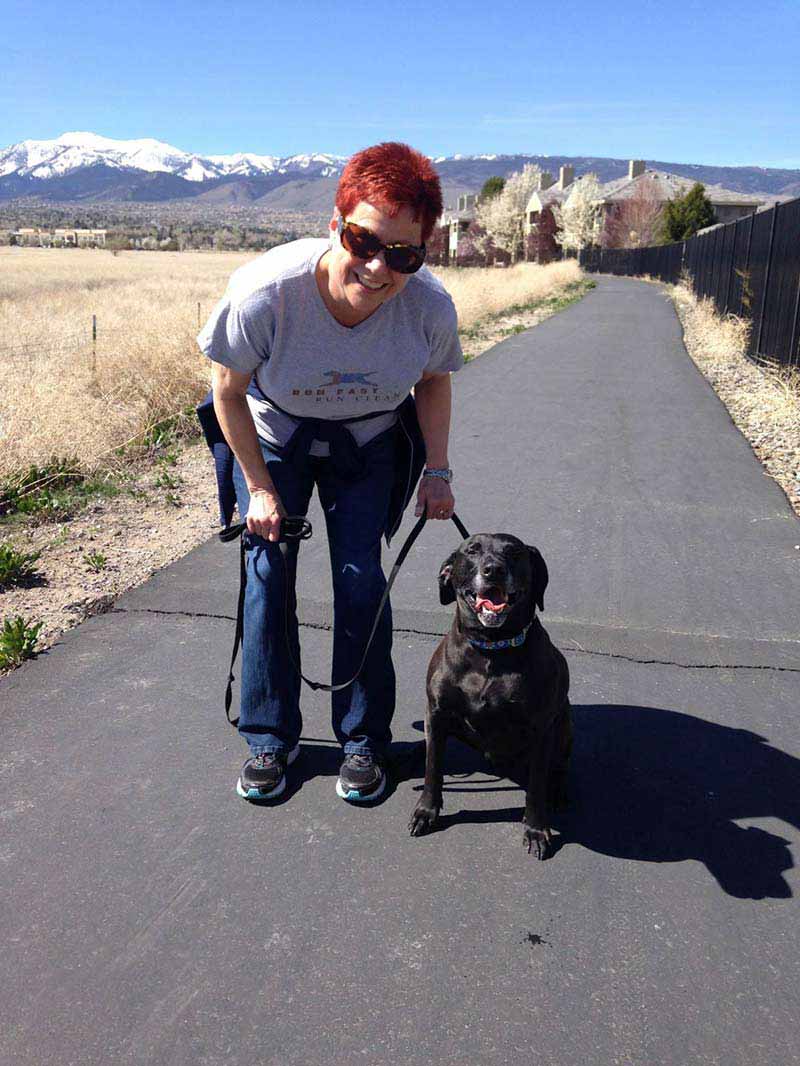 Ruby was a wormy, skinny puppy when Judy Finley of Edina, MN, adopted her from the local shelter. Once she got her health back, Ruby had a lot of energy so Judy thought she better channel it productively and took her to agility class. Ruby loved the sport and is now an AKC Agility champion with the formal name of MACH Finley’s Ruby CD BN MXB MJB. Ruby is a member of the AKC Canine Partners program for all dogs, including mixed-breeds and rescues.

Ruby was a 5 –month-old wormy, scrawny stray when we adopted her from our local shelter.  She had a lot of energy so I was hoping she would like agility.  Ruby didn't like agility–she loved it!

But she was very dog reactive, and I didn't think we would ever be able to compete in a trial.  With the help of a great trainer, Ruby became more confident around other dogs, and I learned how to better manage her.

At our first Novice A trial, Ruby was completely focused on agility, and we've had fun in a trial ring ever since.

In addition to agility, Ruby enjoys nose work, obedience and chasing all sorts of critters.  We're starting in Barn Hunt and looking forward to that RAT title!