Saved From Death Row, Taco Brings Cheer to Others as Therapy Dog 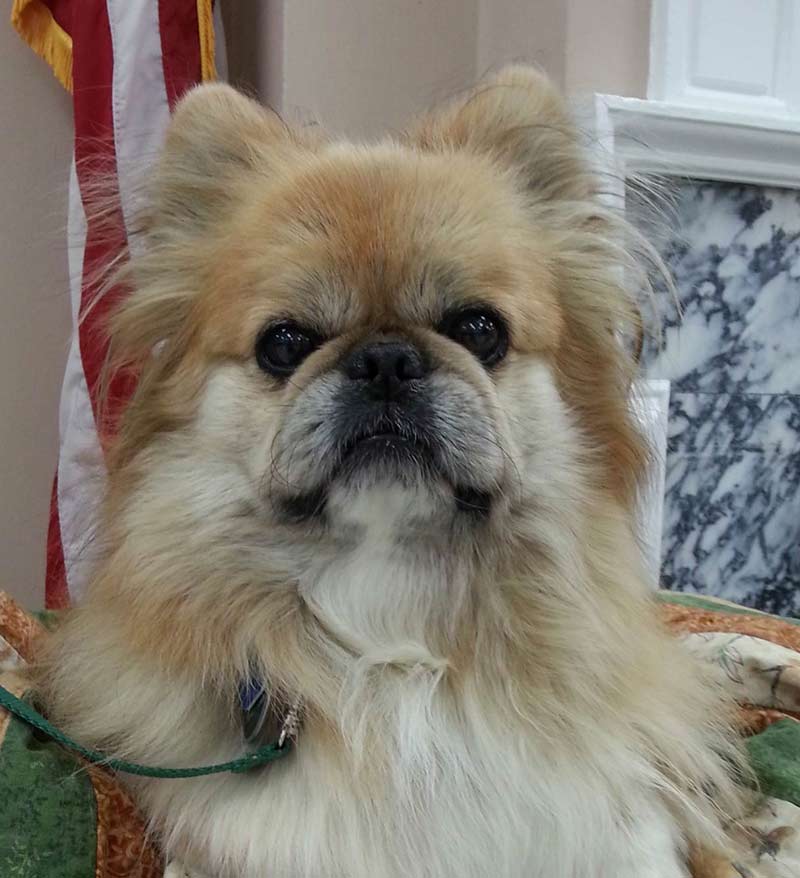 Beth shared this special story of Taco, who just earned the AKC Therapy Dog Distinguished honor for making more than 400 visits to help others.

Dragon Run’s Little Lion THDD CGC, known as Taco, is a Pekingese / Pembroke Welsh Corgi mix who became my rehabilitation dog in January 2012. He was going to be put to sleep if I could not take him. Within two months, about the time to place him on the rescue website, we knew we had to keep him.

Taco began his therapy dog career shortly after our decision to formally adopt him. He had been my demonstration dog at my foundation classes for the past month. We began seeing residents of the State Nursing Home, the facility we have been visiting since 1990. Taco, with his small self and swagger – and later traveling in a modified baby stroller – was a hit. We gathered our credentials and began visiting at the local medical center. Taco, with his one-of-a-kind looks, beautiful coat, and a slightly snaggletooth grin, soon became known and loved by all.

Taco has logged in over 850 hours, and over 500 visits since early 2012. He’s been in the local newspaper and on television promoting Therapy Dog Visitation.

We’re proud to announce that our Taco also has been awarded the prestigious Planetree Patient-Centered Hospital System’s Spirit of Plaintree Therapy Animal of the Year for Bayhealth Medical Center of Delaware for 2015.

Taco is a member of the AKC Canine Partners program for all dogs, including mixed-breeds and rescues.