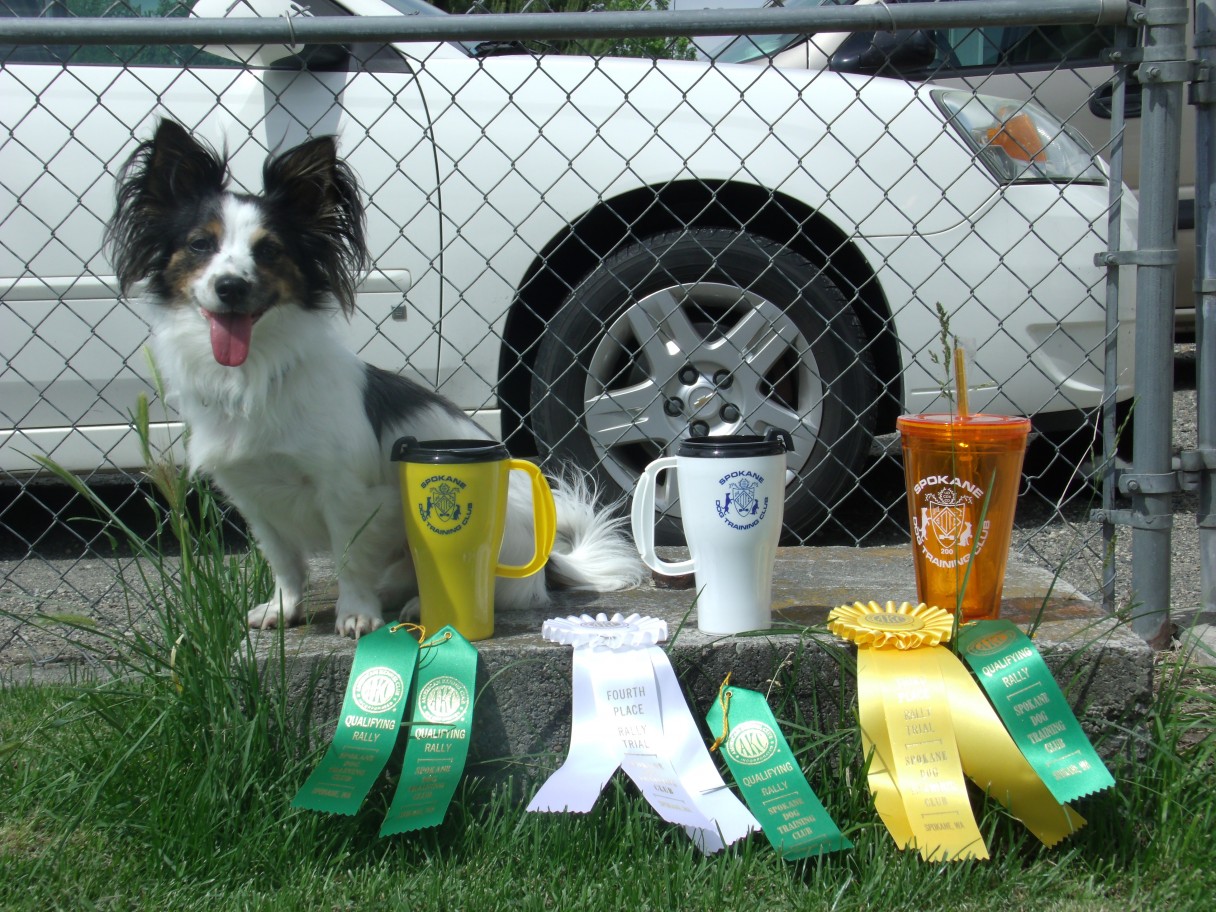 Repo was just a 5-pound puppy dodging cars in a busy parking lot when the Munden family of Pasco, WA, spotted him and saved him. Unable to find an owner, the Mundens kept him and discovered that they had an extremely smart pup on their hands. Christie Munden tells how Repo has become an AKC multi-titled competitor and recently earned the highest honor in AKC Rally.

Little Repo Man, known as Repo to his many friends and family, was found in a busy parking lot when he was about 6 months old.  He weighed about 5 pounds and was looking for anybody to show him some love while he wandered between the many cars.

He found my husband and kids just leaving the grocery store.  My family was afraid he would get hit by a car so they picked him up and attempted to locate his owner.  Nobody seemed to know anything about this little Papillion mix.

I was not ready for another dog in the household when they brought him home.  But after we tried to find his owners to no avail, he grew on me.  He has become my special little man at a whopping 12 pounds.  He is the leader of the house.  He likes to keep our 75 pound Bully-mix in line and has taken the responsibility to train our cats on how to protect themselves.

We discovered that he LOVES training.  So we continued on.  He has since earned several AKC Agility titles and currently competes at the Masters level.  In AKC Obedience, he has earned the Companion Dog Excellent title and is currently working on his Utility Dog title.  And in AKC Rally, I am proud to say that he earned the AKC Rally Advanced Excellent title on May 17, 2015, at the Spokane Dog Training Club trial.  With that title, he also qualified to attend the 2016 AKC Rally National Championship.  While we will not be able to attend, we will continue to train and have a great time.  Our next goal is to finish our UD and work towards our UDX.

I am so proud of my little man who always gives me his all and with such happy enthusiasm.   The AKC Canine Partners program really gives these lost souls a new direction.  Without it, our dogs may have never reached their full potential.  My boy has taught me so much about training and has given me such a new outlook on life.