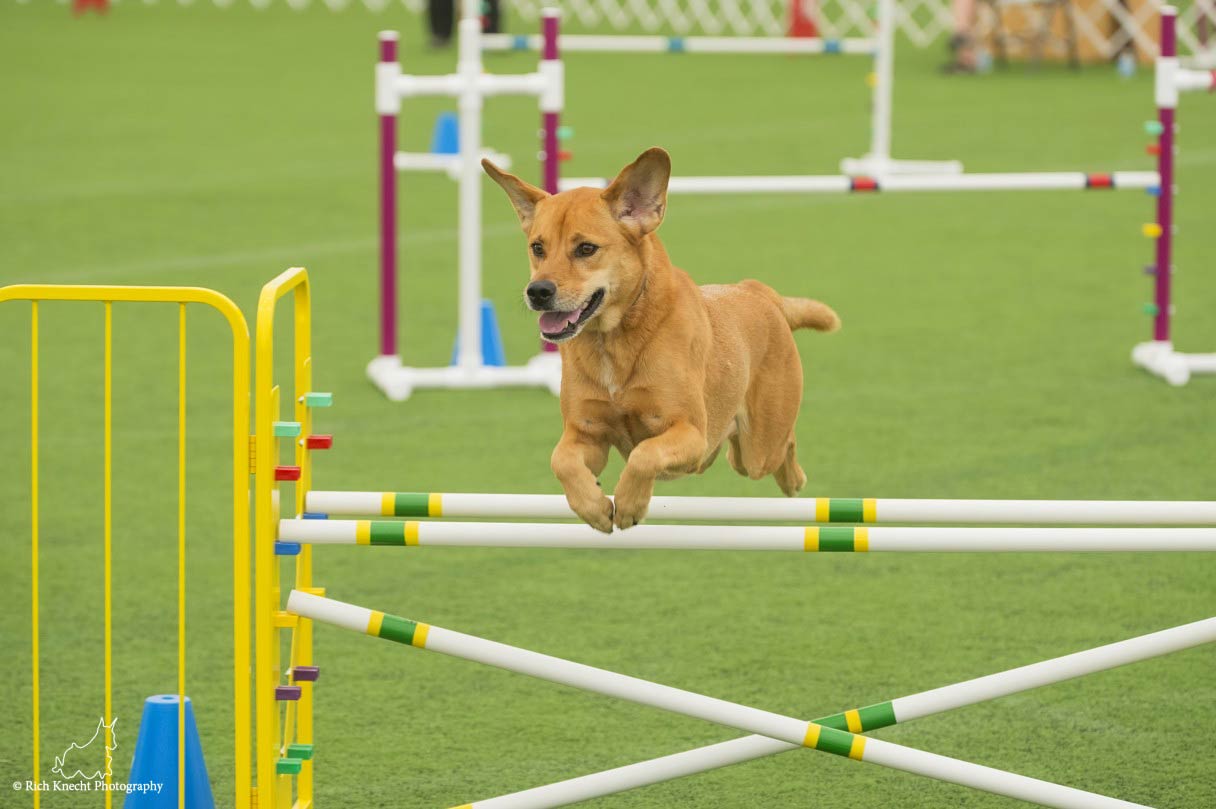 Zuri came into MaryAnne’s life in Monmouth County, NJ, after being transported there from a shelter in North Carolina.

“As she grew we would often take long walks on the trails.  Everyone who saw her would comment on the ease and grace of her movement as she weaved and jumped in the woods.  It was suggested to me that I enroll her in an agility class,” MaryAnne said. “I did, and that is where our journey began.”

Zuri did prove to be very talented at the sport. But when they started competing, MaryAnne realized that there was much more to conquer.

“The atmosphere at trials was so terrifying for her that she would simply bark at the judge and run out of the ring. I spent a year working on her confidence before I again entered her in an event.  Little by little she became the champion that she is today.”

Get information on joining the AKC Canine Partners community, for all dogs, including rescues and mixed-breeds.