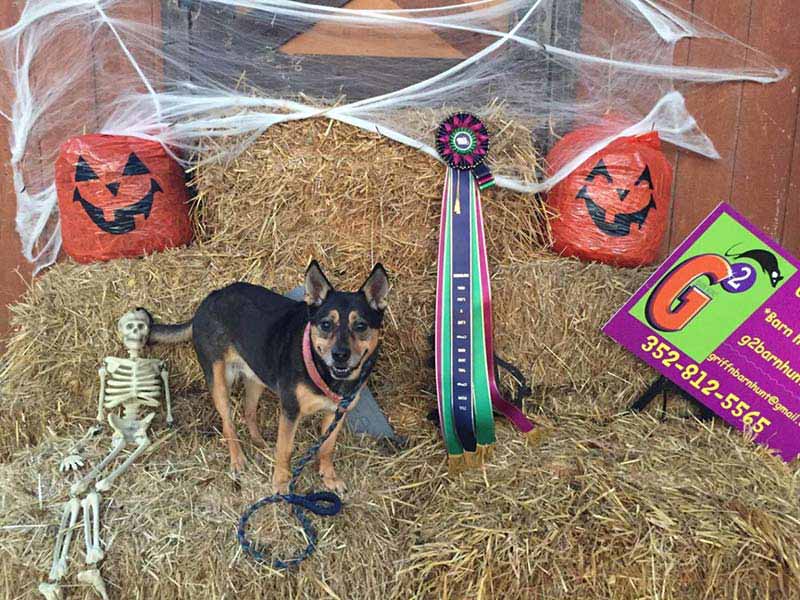 Emmy is 11 years old, and was adopted from Best Friends Animal Sanctuary in Kanab, UT, in 2008.  At the time, she was an insecure dog who knew very little about being a dog and generally seemed to lack any sense of purpose.  Eventually, she followed another dog in the family into agility classes.

It took some time for Emmy to figure out why she should want to do this, but one a day a light bulb came on and Emmy suddenly saw dog sports as the job that this herding breed dog never knew she needed.  For then on, Emmy thrived on competing in agility trials, where she is currently running in the AKC Masters level.

In 2014, I noticed that coursing ability tests were being offered at an agility trial we were attending and decided to give it try.  Emmy was hooked from the moment she stepped onto the field!  Emmy can’t get enough of chasing the “bunny,” and she earned her CAX on Oct.10, 2015, at Sunshine State Coursing Club test in Ocala, FL.

Participating in dog sports has changed Emmy more than I could have ever imagined, taking her from a life of insecurity to that of an Australian Cattle Dog who thrives on the chance to do a good day’s work.