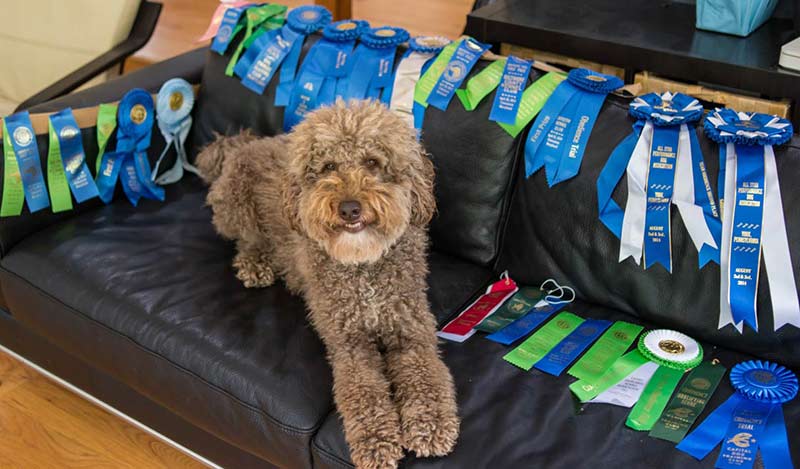 When we first got Murphy as a puppy in March 2012, it was difficult to walk him, and he was afraid of everything and simultaneously wanted to chase everything else.

We finally broke down and attended some formal training classes, where we finally understood how to communicate effectively with each other. In a little under a year, he was a joy to walk and much less afraid.  We never had any intention of competing, but our instructors said we would do well in obedience trials so we gave it a try.

Because of our scores, we were invited to compete at a biannual “All Star Obedience Championship” where Murphy got seventh place in Open and our team won second place overall.

Training and time together was valuable, and Murphy clearly wanted more challenges so we kept working on the UD exercises and were able to complete that title in fall 2015.  Murphy has to date earned over a dozen first place ribbons in official trials and is very proud of  himself.

His retrieve has become extremely practical and helpful at home and elsewhere. His confidence is ever increasing and because of his manners and training, Murphy  is an absolute delight to be around.