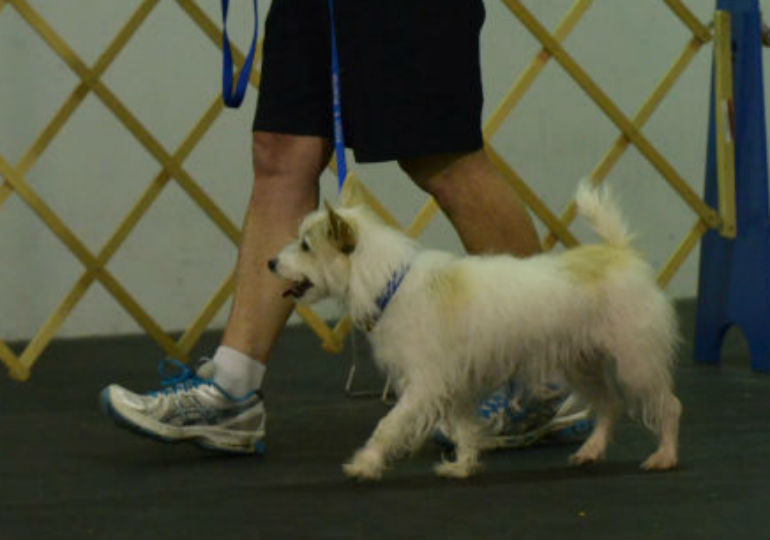 Pogo was adopted by Wendy from an animal shelter on April 2, 2010, when he was 4 months of age, and they started agility training three months later.

Wendy said she resisted any formal obedience training, thinking it was too strict and tedious, but after much encouragement from her trainer, she finally decided to try rally training.

“Pogo took to it immediately, and we earned the RAE 18 months later. Rally is fun for both the handler and the dog, and Pogo thought of it as just learning tricks,” she said.

Pogo and Wendy also compete in agility and Barn Hunt and Pogo is also a therapy dog.

They live with another All-American dog, Tigger T. Porter, who also competes in agility, rally and Barn Hunt.