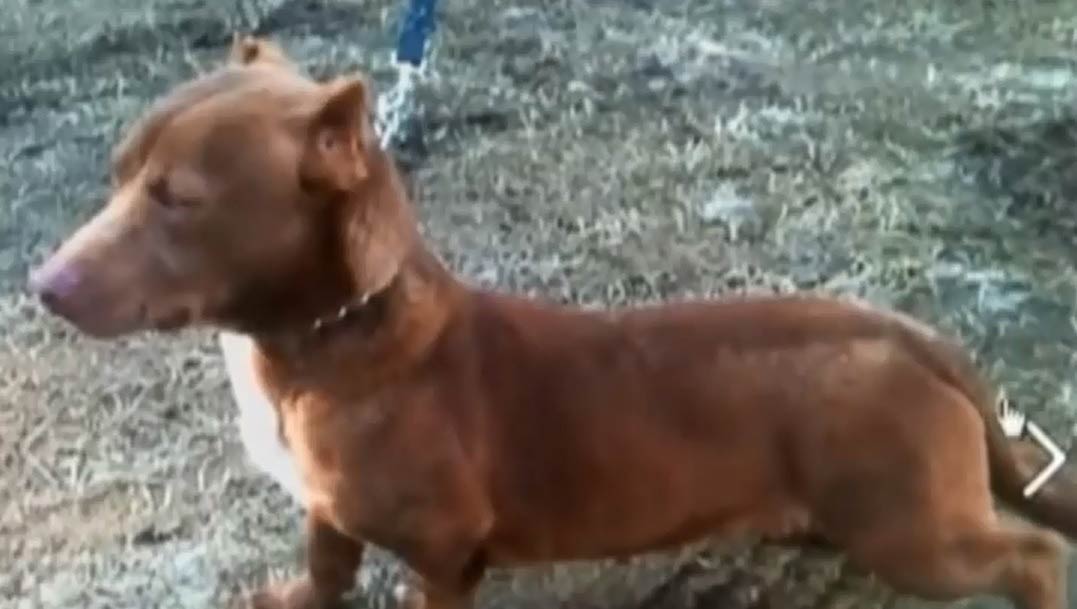 A mixed-breed dog with a rather unique look has received much public attention and is now serving as an ambassador for the shelter which rescued him.
The Moultrie-Colquitt County Humane Society in Georgia posted pictures of Rami, a 1-year-old Dachshund/Pit Bull mix, to their Facebook page. It took less than 24 hours for the photos to go viral.
“We posted a photo of him when he became available, and within a day it went to 1 million hits,” said shelter employee Dawn Blanton. “By that night it was up to 2 million.”
Rami has what Blanton describes as a “true Pit Bull head on a Dachshund's body.” The dog is fully-grown at 25 pounds.

The shelter received thousands of inquiries from people who wanted to adopt Rami, but they were worried that people would exploit him for his unusual looks. So they kept Rami and made him an ambassador for the shelter. He lives with a staff member and went into training to become a therapy dog so he can make educational visits to schools and other public places.