Pancho: Small in Stature – But Big Winner in Agility 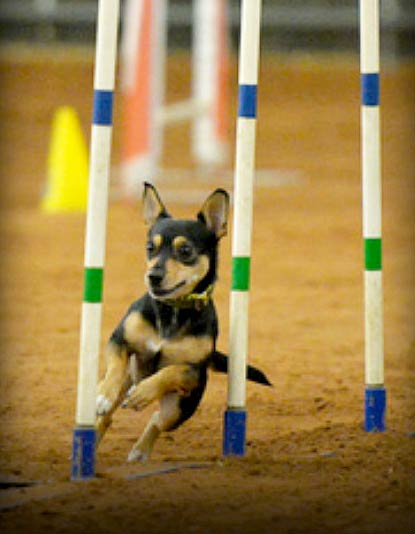 Pancho is a Chihuahua-terrier mix who was just under 1 year old when he came to live with Kacey.

Kacey had never trained a dog before, but Pancho and she clicked during agility training and became a great team. They went from the AKC Agility Novice A class (for first-time agility competitors) to the top title of Master Agility Champion (MACH) in only 18 months!

“Pancho is a natural and the best training partner I could ask for,” Kacey said.

Pancho competes in AKC Agility through the AKC Canine Partners program for all dogs, including mixed-breeds and rescues.