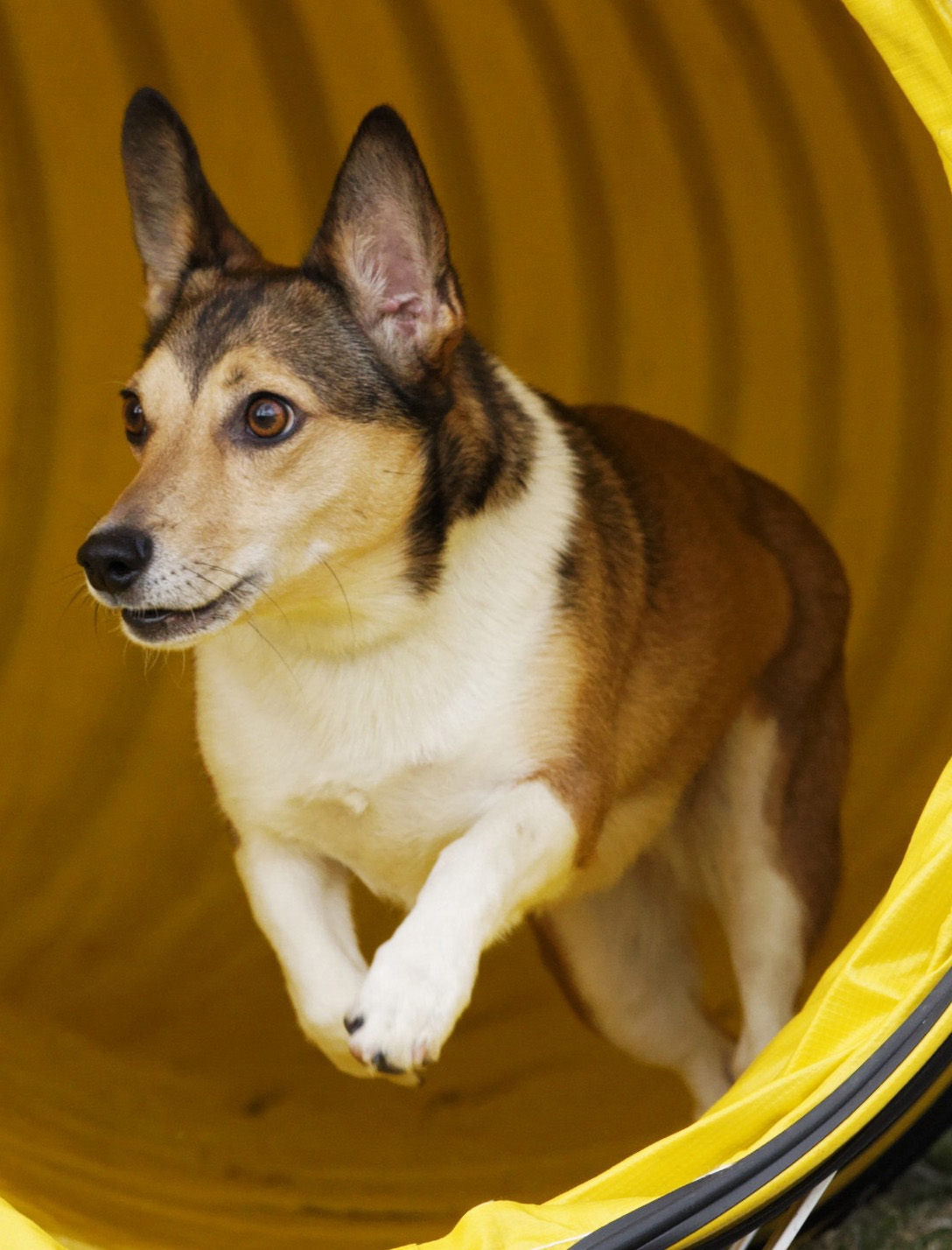 Oy! (yes, the exclamation point is part of his call name) is an 8-year-old Rat Terrier-Corgi mix who joined the rest of the “Dillard Corgi Crew” as a puppy.

His early agility career was cut short before his second birthday when an accident severely injured his left rear leg resulting in a femoral head osteotomy (FHO) and pins above the stifle.

“After a year of surgeries and therapy, Oy! resumed his agility career and in large part continues to maintain his conditioning by running around the farm barking at neighboring cows and orbiting the house when cats are on the roof,” Scott said.