Owner Refuses to Give Up on Dog Found Living in Culverts – Today She is Award-Winner! 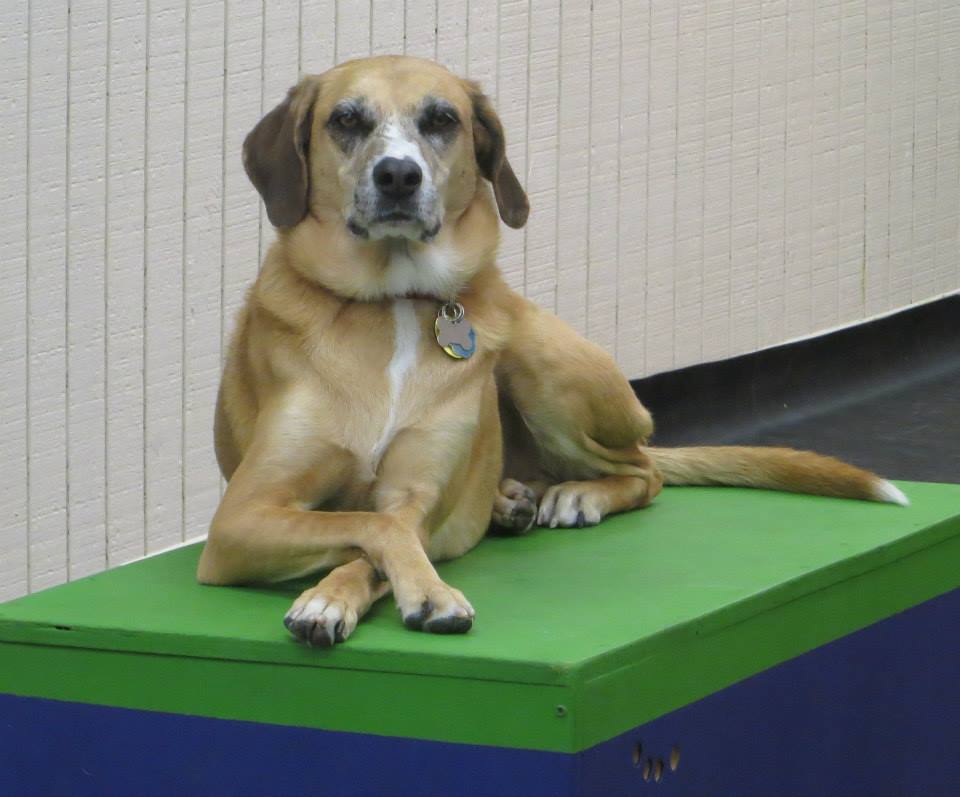 Donald Rakestraw of Wichita, KS, wrote this amazing story of a nearly feral dog who was found living in culverts in a neighborhood. Donald and his wife, Naomi, adopted the dog after her rescue and quickly realized that they had taken on a dog with many serious issues, including extreme fear that led to growling and snapping at everyone. But through love and perseverance, Willow is now a confident, happy dog and, not only that; she is a top competition dog and a therapy dog who helps others.

Five years ago, my wife and I were sitting in a car dealership in Hutchinson, KS, having our car serviced. In the waiting room, we discovered a book with pictures of animals needing adoption from the Hutchinson Animal Shelter. As we looked at the pictures, one dog in particular caught our eye.

Her name was Willow. She had a sad look as if to say please come adopt me. We already had a dog, a Beagle mix named Maggie, which we had adopted from a shelter and were taking to classes at SitStay Dog Training in Wichita. The people in dog school suggested it would be better if we had another dog to be company for Maggie. Our trainer, Nadine Conner, and some other people in class were looking for a dog from the shelter for us.

But we decided to go look at Willow. At first, she seemed a little shy as we expected her to be, but she seemed nice. We took Maggie to meet Willow and they got along fine. We decided to adopt Willow and did the paperwork. A few days later, we were approved and went to take her home. On the way home, we realized Willow was not the dog we thought she was. This is her story.

Willow was dumped in an area called Willowbrook, a golf course community just west of Hutchinson. A lot of dogs are dumped there. Willowbrook has a north and south loop. Willow was living in two culverts just off the south loop, spending time in both of them for nearly two months. Several neighbors in the south loop were taking food and water to the stray dog. They were trying to gain her trust so they could take her to the shelter for help. She was very high strung but acted like she wanted to be someone’s friend. Some residents were taking her hot dogs, hoping to get close enough to catch her but she was too smart and too afraid to be caught. I think Willow had to fight off coyotes and other dogs to survive. She has the scars to prove it. Then one day, Willow’s savior came into her life.

Lonnie and Vergi Geurian live on the north loop in Willowbrook and were not aware of the stray dog. After about a month of trying to catch her, the south loop residents told the Geurians about the dog. The Geurians are members of Cause for Paws, a support group for the Hutchinson Animal Shelter. The couple took their golf cart out to look for the stray. They spotted her, but when she saw them, she hid in a culvert. Lonnie went over the next afternoon and took a stuffed dog toy and left it near a culvert. The next day, he checked and the toy had been ripped up, with the stuffing all over the ground. Lonnie picked it up while the dog watched, but never got close to him. Lonnie just sat in his golf cart and talked to her. He then got out and sat on the ground.

Pretty soon, he felt someone sniffing his ear. The dog was standing next to him. The dog darted off, ran in circles around Lonnie and then sat next to him. Lonnie started petting her and soon she started trusting him. A neighbor observed all this and offered Lonnie a leash. After a while, he was able to get the leash around her neck and walked her to the north loop and into his house. It was too late to take her to the shelter so Lonnie and the dog slept together in a spare bedroom. The dog would wake up periodically, not sure where she was, but as soon as she saw Lonnie, she was fast asleep again. It seemed to be the best sleep she had ever had. She was even snoring.

They named her Willow since she had been a resident of Willowbrook. The next day, they took Willow to the Hutchinson Animal Shelter. They told the shelter they would pay for her spay and all adoption costs and that they did not want Willow to be euthanized. They would find a home for her one way or another. Another Willowbrook resident, Jannine Welchons, was a shelter volunteer. She would go to the shelter and walk Willow. If someone wanted to adopt her, Jannine was always there to check out the possible owner. At first, Willow was adopted by an older couple whose dog had died. But she was too high strung for them and they brought her back to the shelter.

After We Got Home

When my wife and I were on our way home with Willow, she was very nervous and excited. She was just kind of wild and didn’t have any manners. She did not know how to interact with any one or how to do normal doggie things. Maggie, a very sweet and gentle dog who had never done a bad thing in her life, didn’t like sharing her home and would bite Willow when she stepped out of line. Willow snapped and growled at everyone but us. Somehow she knew we were her family. She was afraid of everyone and everything.

I decided to take her to dog training, thinking it would help her learn how to get along in the world. When I introduced her to our trainer Nadine, Willow snapped and growled at her. Nadine said, “Why did you adopt a dog like that? Why didn’t you wait and let me find you a dog?” Everyone thought we were crazy for adopting her and after a while, I thought we were crazy too.

I took Willow to dog training school every day for a week before I could get her to go in the door. Willow was not a mean or vicious dog; she was a very scared dog. After a week, I got her to go in the training room. There was a squeaky ball in there that she liked to play with. She had to learn that dog school was a fun place instead of a scary place. Her first dog class was very scary for her. She growled and snapped at the other dogs and people. Nadine slowly gained Willow’s friendship and started working with Willow and us. Today, Willow and Nadine are the best of buddies. We could never have straightened Willow out if Nadine had not been there to guide us.

Willow would bite when playing. It wasn’t a mean bite but like a puppy bites, except she is a big dog and it hurt. It was almost like biting was her way of showing affection, and we couldn’t make her stop it. My arms looked like two pieces of raw meat. Her behavior was so bad that we almost took her back to the shelter several times. We even had her in the car and ready to go but backed out because we were afraid she would be put down. Willow started chewing up stuff in the house: a couple of hats, a shoe, but nothing real bad. Nadine said, “If your dog chews up stuff, it’s your fault.” I did not appreciate the advice at the time, but she was right. One time I thought Willow was chewing a bone, but discovered later it was the TV remote. By the way, you can order a new one online for about $39.

I finally became so frustrated with Willow that I asked God for guidance to help me with this dog. My prayers were answered. One day it came to me that Willow was really not the dog from hell, but a dog that just didn’t know. She had been a feral dog. I think she was only about a year old when we adopted her. She apparently had been separated from her mom very young and had no training from her mom in dog etiquette – like not biting hard. She was not around any people to teach her people-etiquette things. She just did not know what to do or how to behave – how very sad to go through life like that.

Willow continued going to dog training and became good friends with her class mates and the people there. She is no longer afraid of people. We discovered that Willow is very smart. One time, Willow was watching the advanced class from the hallway. She was still in the beginner’s class. Nadine had noticed Willow watching the advanced dogs perform. She asked Willow to come in and perform the task. She did it perfectly. She learned from watching! She is a quick learner. Willow continues going to class today and loves it. She has settled down and is a wonderful dog. She is one of the top performing dogs in her school.

Willow has earned her therapy dog certification and has made more than 150 visits. After basic and advanced training, she has earned the following AKC titles:

Willow has placed in nearly every class that she has entered.

Willow’s story shows both good and bad things. The bad part is how much damage is done to a dog that is abused and dumped and the misery it causes. The good part is what can be accomplished with such a dog. None of us, in our wildest dreams, ever thought that Willow would turn into the champion she is today. We are so proud of her.

Willow competes in AKC sports through the AKC Canine Partners program for all dogs, including mixed-breeds and rescues.