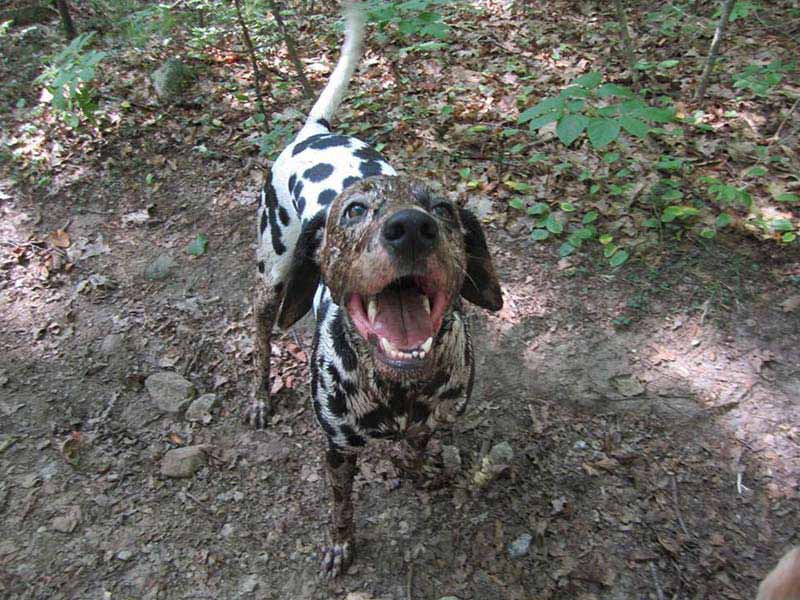 Six-year-old Gianna loves nothing better than rolling around in the mud. The Dalmatian regularly spreads her muddy paw prints around the home of her owner, Paul Goulet of Cumberland, RI.

While it might be aggravating to owners when their dogs come in covered in mud or other foul-smelling stuff, it makes perfect sense to the canines.

When they roll around in something and stink to high heaven, they're not trying to be disgusting. They're saying “Look what I found!”

Dogs also cover themselves in not-so-nice smells to disguise themselves from other animals. This is a hold-over behavior from the days when dogs had to hide from predators or hunt down their dinner!

Gianna is a member of the AKC Canine Partners program for all dogs, including rescues.