Once Tied to a Propane Tank, Ginger Became Agility Champ 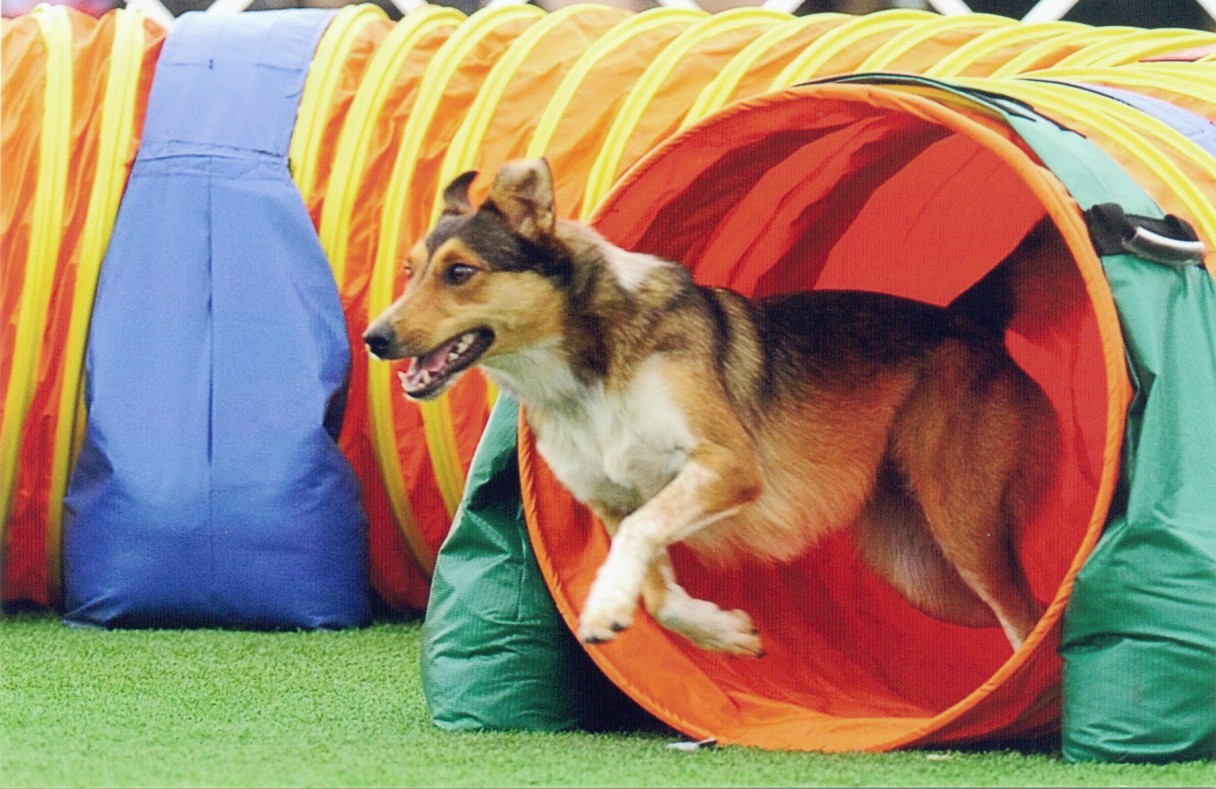 Ginger is a rescue originally purchased from a pet shop with papers that show her to be a mix of Shetland Sheepdog and Australian Cattle Dog.  The original owners bought her as a puppy and then tied her outside every day to a propane tank in front of their house and close to a state highway.

When she was 4 months old, Dr. Bob Potter, DVM, who had seen the puppy tied outside daily, was passing by and noticed a “puppy for sale” sign.  He stopped to inquire.

They wanted $200 for her but Bob offered $100, hence her AKC name: Bob’s Hundred Dollar Dawg. Ginger settled in to a great life with Bob and his family, but he knew she had potential as a canine athlete.

“Bob agreed to let me train her in agility,” long-time agility trainer Sandy Mainardi said. “When she was 2 years old, AKC initiated the Canine Partners program and in her first weekend of competition, which coincided with the launch of Canine Partner entries, Ginger earned her Novice Jumpers title with three qualifying runs in one weekend, making her one of the first mix-breeds in the country to earn an AKC title.”

Ginger’s agility career continued on the success track. She earned four AKC Master Agility Championships and qualified for the AKC Agility Invitational and the AKC National Agility Championship, where she made the finals. Now 7 years old, Ginger retired from agility after a back yard injury sidelined her, but she continues to enjoy an active life at home with Bob.