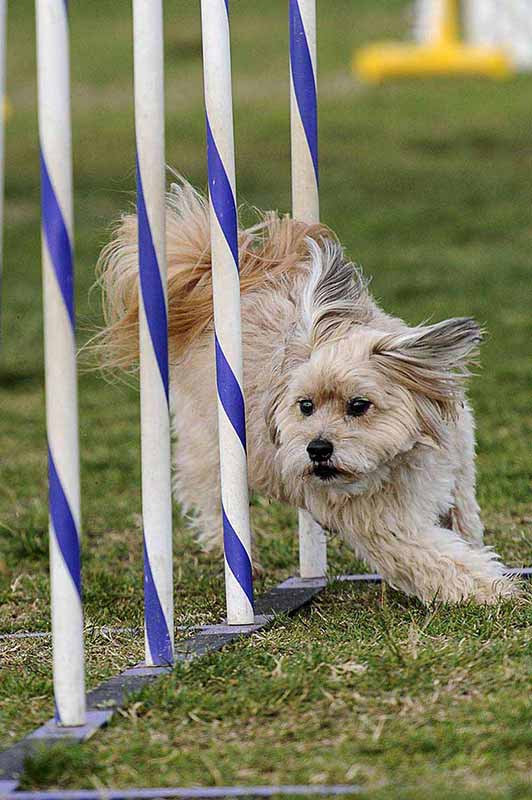 Popo was found as a stray and turned into one of Houston’s shelters, where Janet rescued him on Chinese New Year’s 2007 when he was about a year old.

“He is our first dog, and we knew instantly when we saw him that he was going to be our cherished little prince,” Janet said. “Popo lounged at home for the first two years, then we decided he needed to earn his keep.”

In 2009, Popo earned the AKC Canine Good Citzien award and became a certified therapy dog, then started visiting children at the Ronald McDonald House in Houston.

“Several years later, we heard about agility. We thought it’d be great mental stimulation for him, so when Popo was 6 years old, we signed up for an agility class.  We had no thought or intention to compete, but then we got hooked.”

The team started competing in 2013 through the AKC Canine Partners program for mixed-breeds and rescues. “And 18 months later, with Popo at almost age 9, we earned our first MACH,” Janet said.