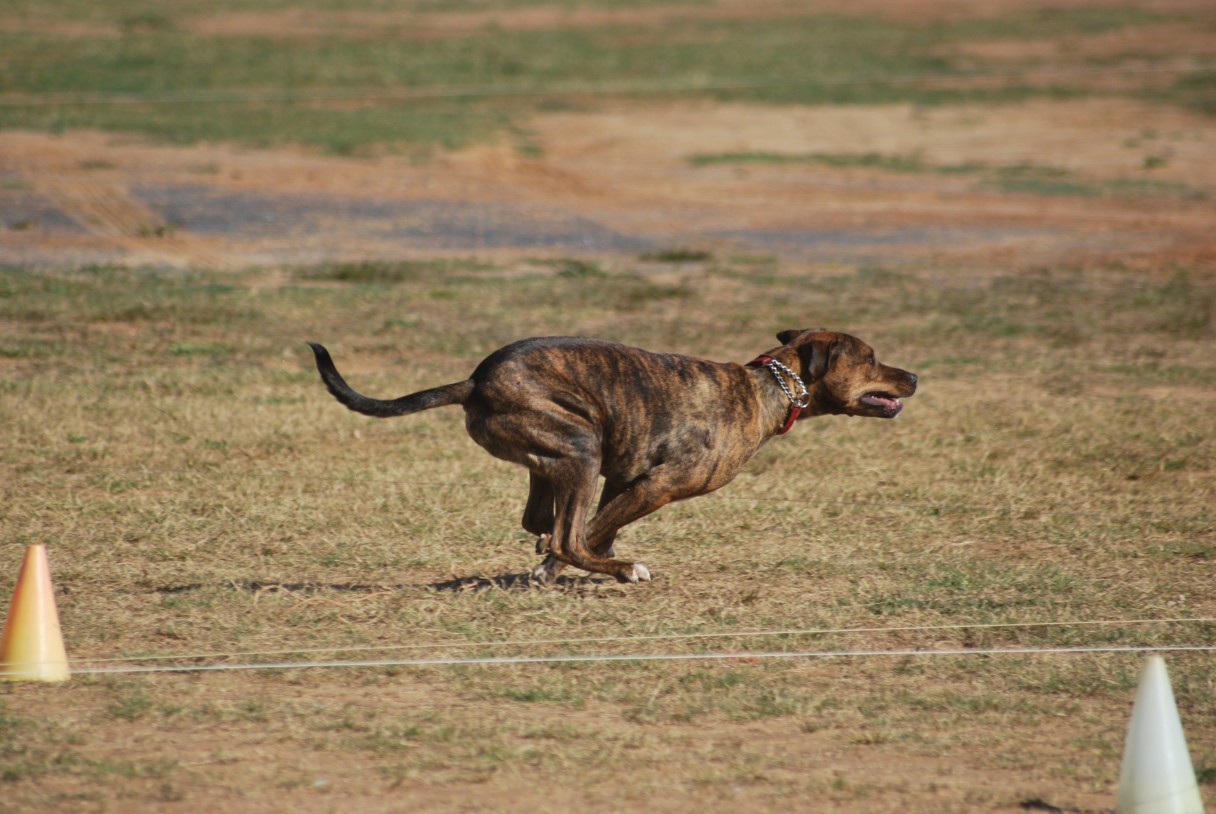 Pickle was just a small puppy sitting in the middle of a road when Terry spotted him and, luckily, stopped and saved his life.

“He was ugly and had adolescent mange. A friend of ours saw the puppy and said ‘Boy you are in a pickle.’ The name stuck,” he said.

The name may have stuck, but not his appearance. Pickle grew into “a very handsome, smart and loving dog.”

Pickle’s greatest love in life in lure coursing, which gives all dogs the opportunity to release their prey drive by chasing a lure around a field.

Pickle finished the CAX on April 15, 2012, at a test hosted by the Greyhound Club of North Georgia in Perry, GA. He also earned his Rally Novice (RN) title on the same weekend. A year later, on April 12, 2013, he took home the CAX2!

Get more information on Coursing Ability and look for a test in your area.