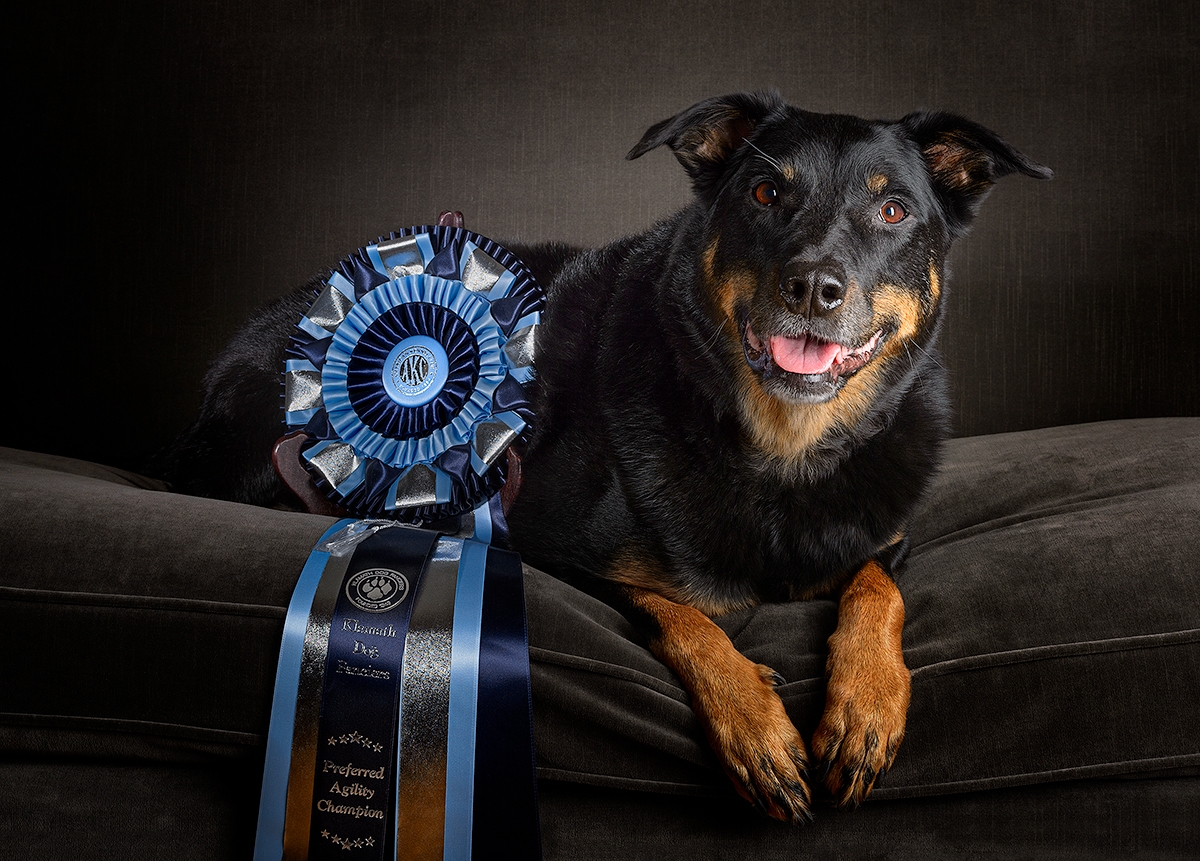 Dana first met Gregory when she was in veterinary school. He was of the school’s dog colony that the students used for practicing medical techniques.

“The school would acquire ‘unadoptable’ dogs from humane societies and once their time was up at the school they would become cadavers for the students to learn off of in anatomy. Luckily for me and Gregory, that didn’t happen!”

Dana asked about adopting Gregory and had to write an essay on why she wanted him. “In that essay I told them that I wanted him to be my next agility dog. Before they had even given me the OK for the adoption, I had taught Gregory his name, sit, down, and he walked on a loose leash. All the training happened after class in the confines of the only room I could take him in.”

Gregory had to wait a few years to start his agility career while Dana finished veterinary school and an internship before starting her first permanent job.

“Gregory excelled and became well known in the trials we competed in as the ‘mixed-breed Gregory.’“

“I have never had a dog that has cared as much for me as Gregory does. We are true partners in life.”

Get more information on getting your dog involved in AKC Agility.