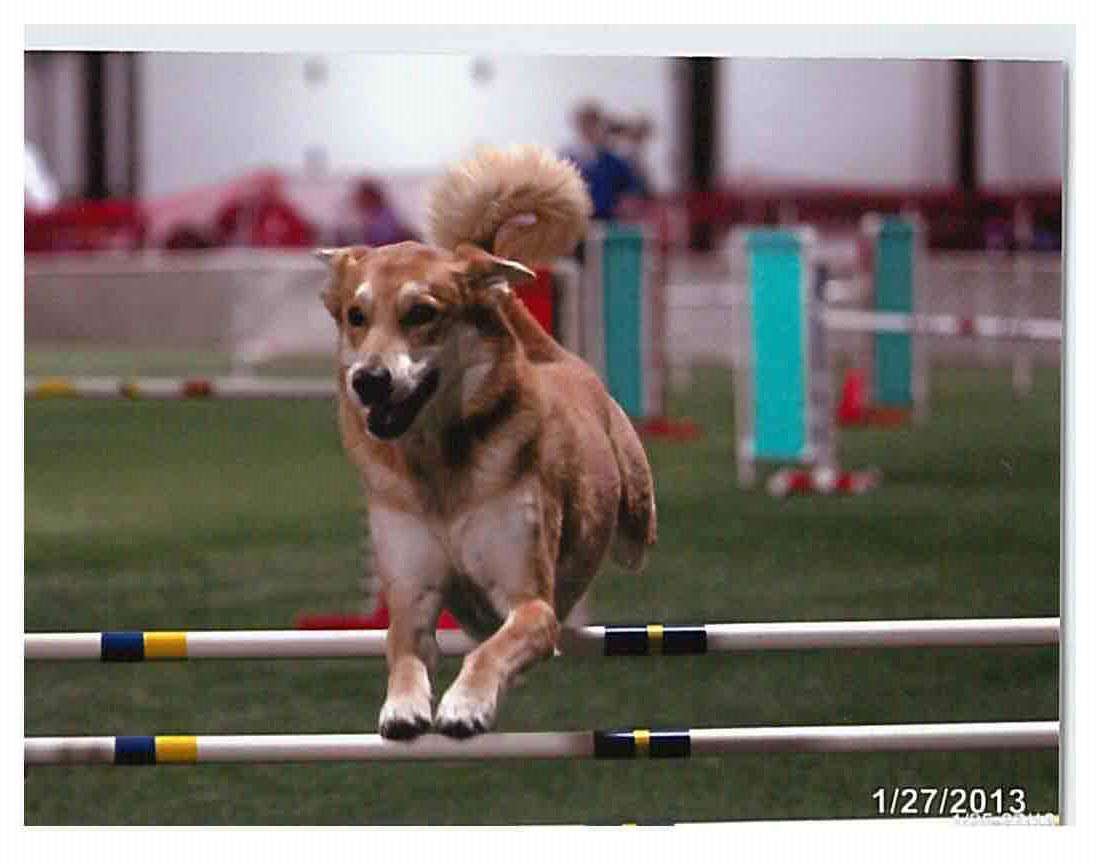 Karen Bick adopted Jack and his sister Jill from a shelter when they were about 3 months old.

“I had an inkling that  Jack was destined to do big things after watching him climb up and over a baby gate on his first night in my home,” Karen said.

As soon as Jack was old enough, he started formal agility training and began competing in AKC trials in 2010. The team competes exclusively at the Quad City Dog Center in Davenport, IA, and on Nov. 9, 2014, at a trial hosted by Muscatine Agility Club, Jack finished his MACH at age 10.

“Jack’s favorite obstacle is the dog walk or any other contact and he doesn’t understand what those Border Collies get all excited about,” Karen said. “He is graceful, slow and steady and his motivation is his signature stuffed toy hedgehog at the end of a run.”

Get information on joining the AKC Canine Partners community.