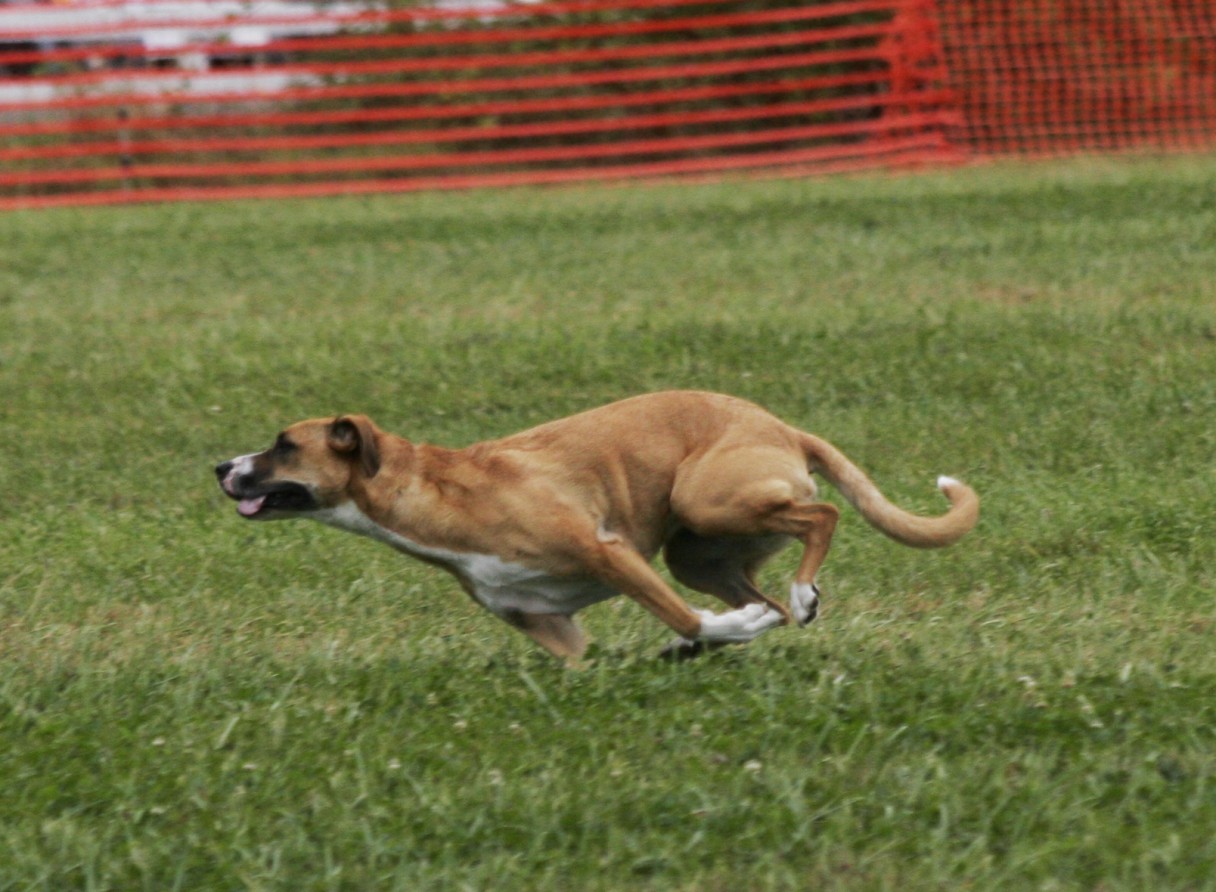 Vera is a 3 year old Boxer mix that Norman Price of Kennewick, WA, adopted from a rescue group in July 2011.

“But the truth is she rescued me. She is my best friend and I love her very much,” he said.

Norman was told that a family found Vera as a puppy in a box alongside a road. The family kept her until their landlord discovered her. The family then gave her to a high school teacher who ultimately placed her up for adoption because he had too many dogs.

“When I met Vera she was very shy and would drool a lake when riding in the car,” Norman said. “She has since learned to be very sociable and loves to go places in the car.”

Vera has earned her AKC Canine Good Citizen award and loves to lure course. She finished her Coursing Ability Excellent title (for 25 passes of the CAT test) in August 2013 at the Cascade Coursing Club test in Enumclaw, WA. She celebrated by going to Starbucks for her favorite treat: a Puppy Whip (whipped cream in a small cup).

Vera has since repeated this feat and earned her second CAX last year.