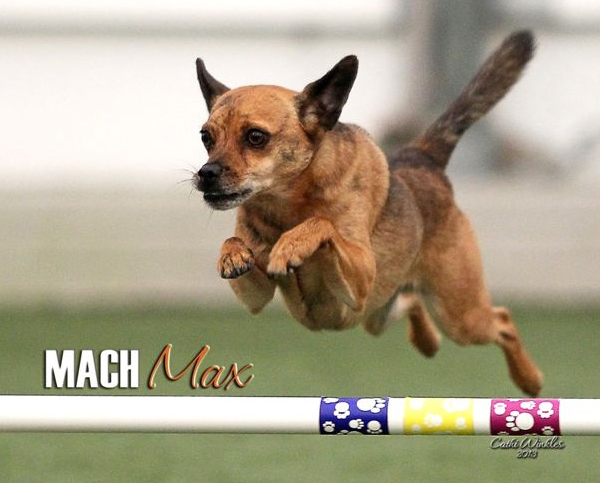 Pat shared her story of how Max came into her life and became an agility superstar: “Max was a little street dog, living in a poor urban area, who was rescued and turned into the shelter I volunteer at.  Having absolutely no life skills, Max spent the first year learning what living in a family was all about, then the magic happened…..taking my weekly agility lesson with one of my other dogs I decided to just try Max on the equipment.  Just like he was born to do agility, he was absolutely fearless and loved it from day one.  We have had such a ride. He is a total agility addict, and I feel privileged to be his partner.” Max earned his first AKC Master Agility Championship on April 7, 2013, at the Ft. Detroit German Wirehaired Pointer Club trial in Dexter, MI.  He has since earned a second MACH!