Make Your Dog Part of a Team – Try Flyball 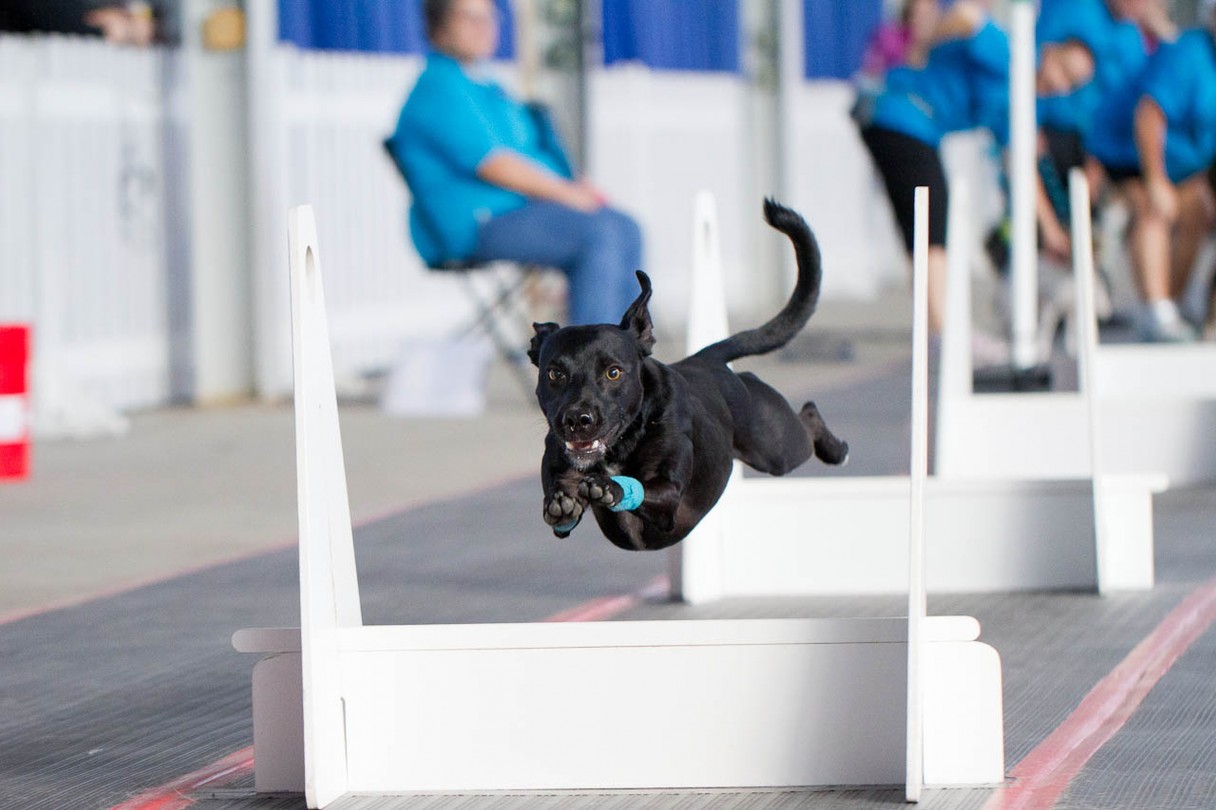 Outrun’s Guardian of the Pattern FDCh owned by Susan Cleveland of Plantation, FL

Wixer is 5 years old and plays flyball with Ka-tet Flyball club in Fort Lauderdale, FL. Flyball is one of the few canine team sports in which four dogs on a team compete head-to-head against another four-dog team in a relay race. Dogs must clear four hurdles, trigger a box that releases a ball, the dog must catch the ball and then carry the ball back over the four hurdles so the next dog on the team can start the pattern.

“His favorite things in the world are playing Frisbee and tug, and he also loves to swim, “ Susan said.

Mixed-breed dogs, like Wixer, can be enrolled in the AKC Canine Partners program and have their North American Flyball Association titles recognized by AKC. They are also eligible to compete in numerous AKC sports and programs.