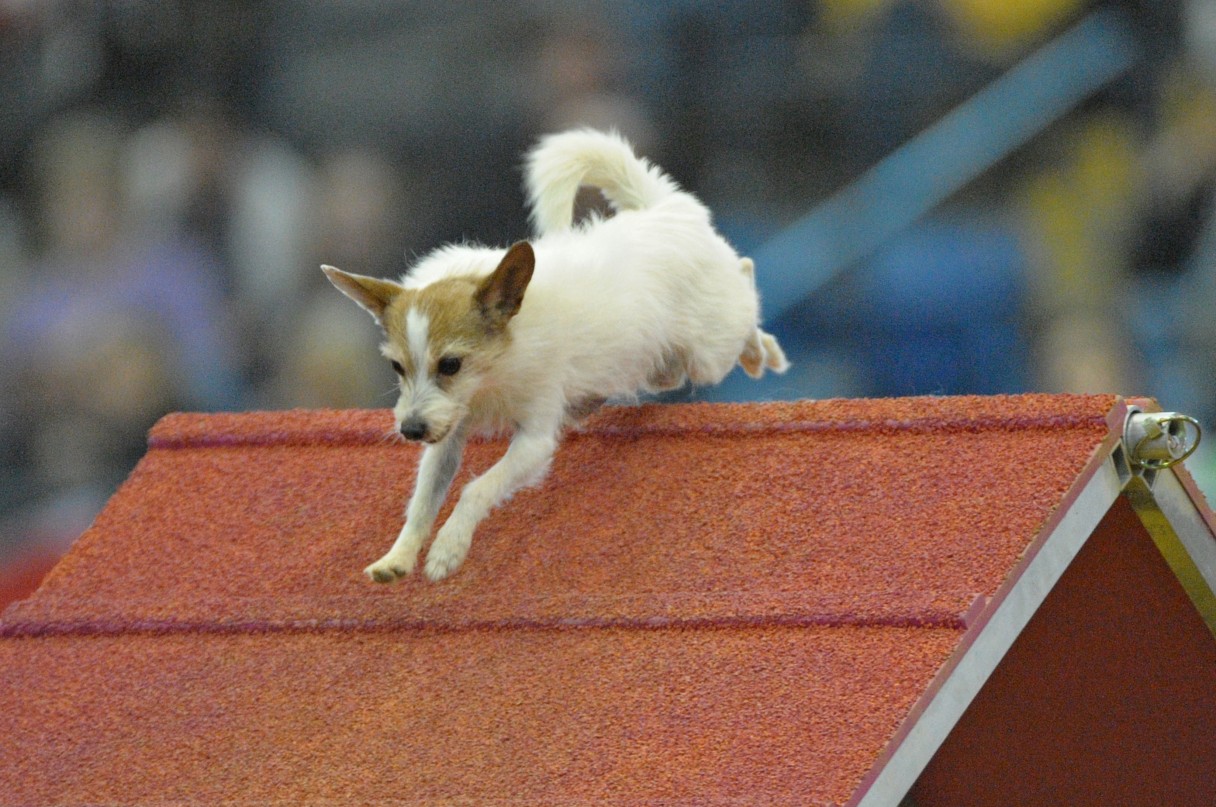 In observance of the fifth year anniversary on April 1, 2015, of AKC Canine Partners dogs in competition, we are looking back at some of the first major achievements in the program.

The first mixed-breed dog to win at an AKC national competition was the tiny, adorable Tangle (shown on A-Frame in accompanying photo) who took first place in the 8-inch jump height division at the AKC Agility Invitational in 2011 (the first year that mixed-breeds were eligible to qualify for the event).

Tangle, formally known as MACH2 Honey Come Quick, is owned, trained and handled by Dana Pike of Wilmington, IL. He is a mix of Papillon and Parson Russell Terrier, or as Dana also calls him ““the happiest accident ever.”

One weekend, Dana’s Parson Russell stayed with the breeder while Dana was teaching an out-of-town agility seminar. The breeder’s boyfriend tried to be helpful and let the breeder’s champion Papillon in the house with the very in-season Parson – and “the rest is history,” Dana says. She did not intend to keep a puppy from the accidental breeding, but the home for Tangle fell through with at the last moment and so she kept him. It was meant to be as the team has won many honors, including placing second in the 8-inch division at the 2011 AKC National Agility Championship (NAC).

AKC Canine Partners again excelled at the 2012 AKC Agility Invitational when two All-Americans won divisions. Crush and Aryn Hervel won the 16-inch division, and Roo! and Stacey Campbell won the 24-inch division (Shown in accompanying photo taken right after the win). Both Crush and Roo are former shelter dogs, and Aryn and Stacey live in Northern California and are friends who train together.