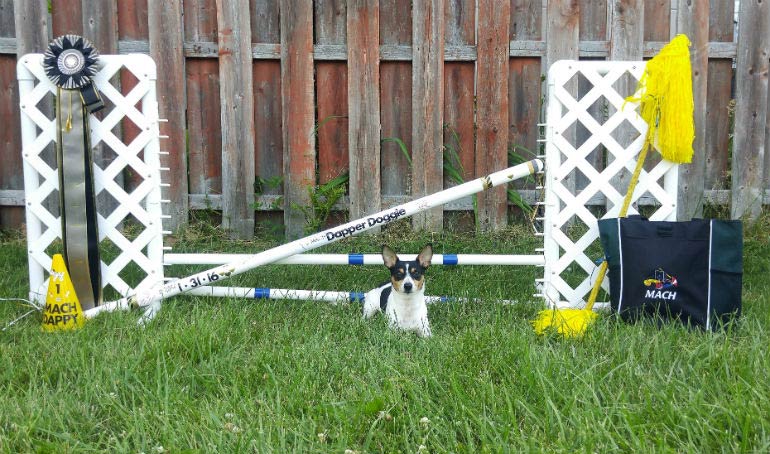 MACH Team Doggie’s Lil’ Dappy Packin’ Big Swag MXB MJB is owned by Tacarra Andrade of Novi, MI, an experienced agility competitor. But when the little Teddy Roosevelt Terrier, a rare breed not yet recognized by AKC, started competing, he suffered from stage fright, often running out of the ring before his turn started. But with love and confidence-building, Dappy not only started winning, he has earned the highest title in AKC Agility – the Master Agility Championship (MACH).

When Dappy first started competing in agility, he suffered from debilitating fear/ring stress and for many runs he was too scared to even take the first jump often ending the run before it even started.

“So for him to finish his MACH with placements in both runs really demonstrates the great progress we have made together as a team!  All that Dappy and I have been able to accomplish comes strictly from perseverance, trust and love…to me, success in this sport is all about the relationship,” Tacarra said.

“This was a special accomplishment for Dapper Doggie as he had to overcome many obstacles to achieve this,” Tacarra said.