Left Behind at Adoption Fair, Star Found Her Own Home 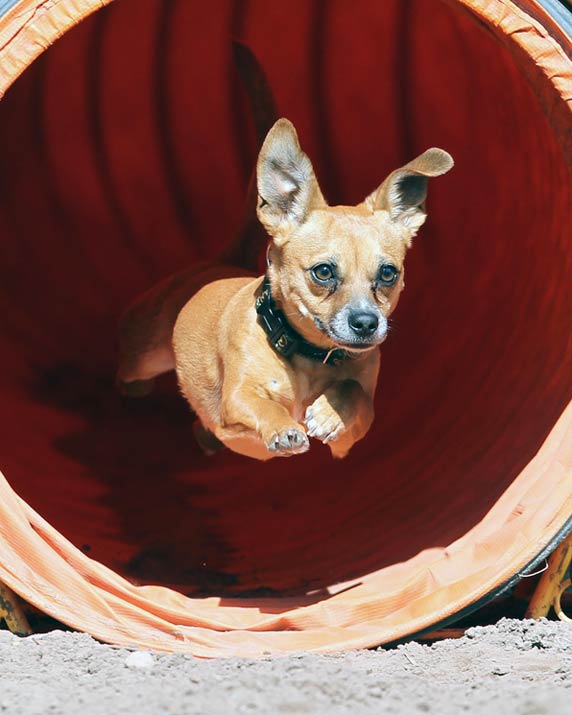 “Unfortunately, there were no adoptions that day,” she said. “As I was locking up the shop, they were packing up to leave, and I started petting some of the dogs that were going back to the rescue.  I picked up Star, and she glued herself to my neck as if to say, ‘Get me out of here!  I'm going with you!’ As I tried to put her down, she clung to me.”

Star did go home with Dody, who quickly realized that Star was very smart, but also fearful of the world. She started agility training with Star to build confidence.

“We worked very hard to conquer her fear of the teeter and all the agility equipment.  Trials were a place with lots of scary things going on,” Dody said. “Now Star prances around at trials with confidence, and her fears are falling away every day that we compete and practice.  She is the last dog that you would expect to be doing agility, yet she runs with the heart and drive of a Border Collie.”

Star has earned not one, but two of the top AKC Agility honors – the Master Agility Championship (MACH).

Star competes in AKC Agility through the AKC Canine Partners program for all dogs, including mixed-breed and rescues.