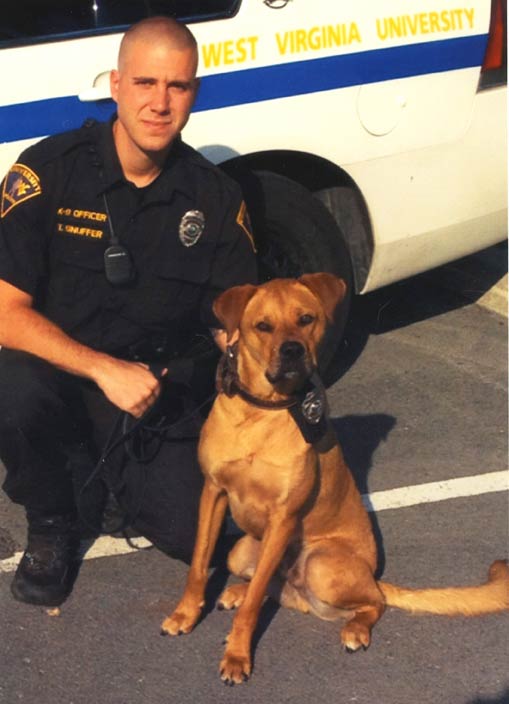 In just his first nine months of service, Dexter helped his department seize more than 292 grams of marijuana as well as several grams of heroin and cocaine and he has gone on to assist the campus police with dozens more illegal drug confiscations.

“Dexter is frequently taken to different buildings on campus and often demonstrates for different groups or at events on how he finds the illegal drugs,” Travis said.

After one experience with a former narcotics handler who did not work his dog very often, the campus had decided not to purchase any more dogs for its police department.

“It has always been my dream since I was a little kid to be a police officer and be able to work with a dog to make some kind of difference in my town,” Travis said. He wrote a proposal and even offered to pay for his own dog if the campus would allow him to become a K9 Officer, which they did and did pay for the expenses.

Dexter’s achievements have been publicized in the national K9 COP magazine and also made the front page of two West Virginia newspapers. Dexter was the recipient of an honorable mention award in the annual AKC Humane Fund Awards for Canine Excellence (ACE).

Mixed-breed dogs, like Dexter, are eligible to join the AKC Canine Partners community for all dogs, including rescues.