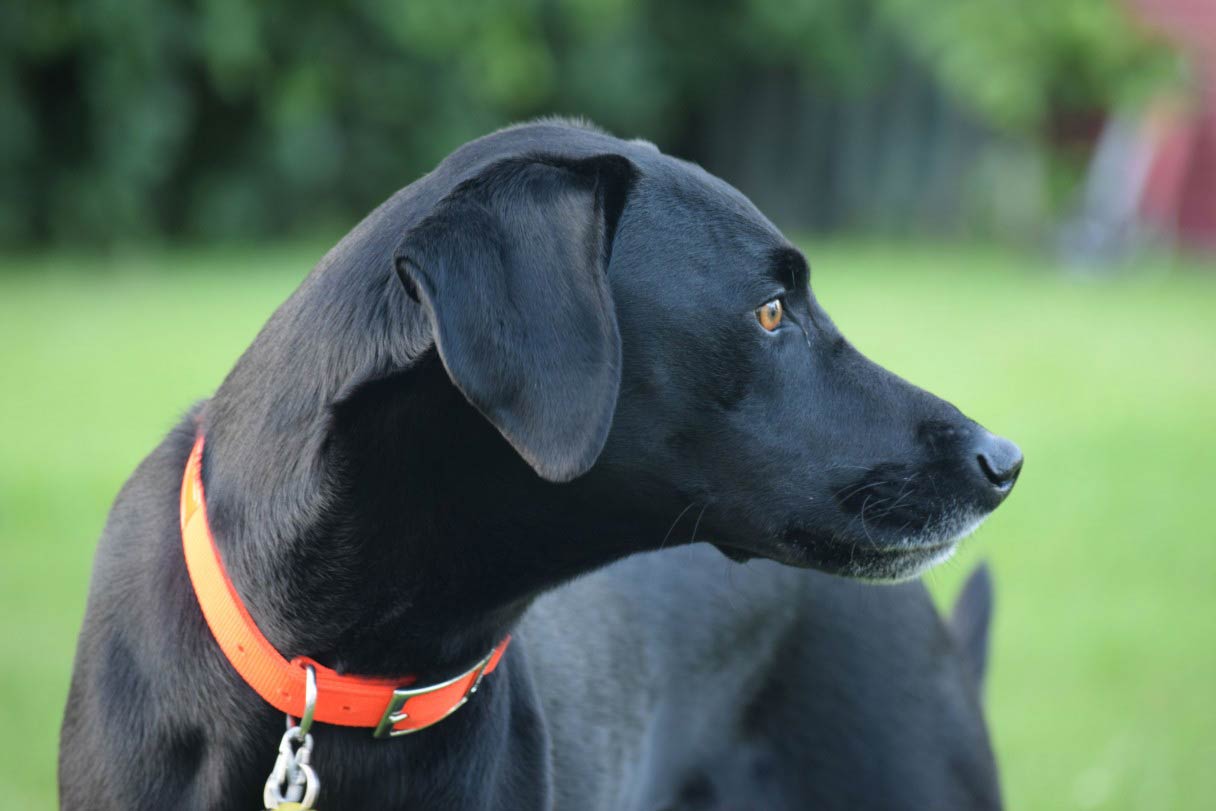 Sype’s Harlie RN TD TDU THD CGCA CGCU, known as just Harlie, has so many dog sports titles now that they are longer than his name. But as a puppy, Harlie was abandoned by his owner in a vacant rental property with little food or water because she said the pup was “untrainable.” Harlie’s loving new owners, George & Gail Sype of Rossford, OH, set out to prove that wrong. Today, Harlie has exceled at training and competitions, earning titles in Tracking, Rally, and Canine Good Citizen – plus becoming a certified therapy dog. Gail tells his story:

We adopted Harlie at age 8 months from Planned Pethood Rescue in Toledo, OH.  He was a return. The previous owner claimed he was untrainable and made her children hyper.  She put him in a vacant rental property with little food or water until he was rescued again.

Despite his rough puppyhood, he loves people.  He is very much an interactive boy with a high energy level and prey drive.  We started training him right away.  This boy likes to fetch and learn new tricks. While we are at work, Harlie enjoys dog day care where he socializes, has fun and utilizes his energy. He became a certified therapy dog just 11 months after he became part of our family.

We love taking him to dog events.  At the age of 3, we took him to a local dog festival called Metrobarks in the Park.  They had a Great American Mutt show as a fund-raiser for the local humane society.  Toledo Kennel Club members volunteered as judges.  He took first place in both classes and best in show.

This peaked our interest in dog sports.  It took us a while to figure out where to start.  Harlie started tracking before AKC allowed All-Americans dogs in the AKC Canine Partners program to enter tracking tests.  Harlie got his first tracking title through Mixed Breed Dog Clubs of America on Oct. 14, 2013.

A year later, AKC allowed mixed breeds in tracking trials.  Unfortunately that year, Harlie was sick, and George had a stroke.

We are also excited to continue rally training and possibly obedience with Harlie who is now 6 and half years old.