Greatest Treasure to Come My Way: A Little Stray from East LA 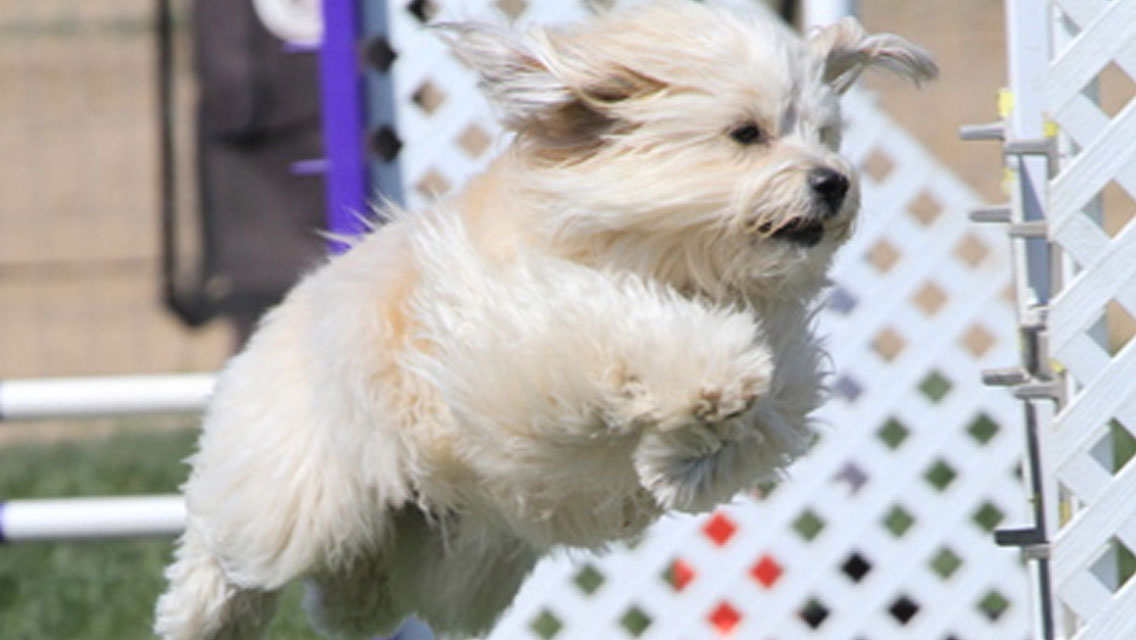 That is how Paula Kotowski of Santa Barbara, CA, describes her little rescue dog Riley, who is formally known in the AKC Canine Partners program as PACH Smiley Riley MXP3 MJP4 PAX.

Paula adopted Riley when he was about 9 months old from a crowded Los Angeles shelter, where he had been brought in as a stray.

“From the very start, Riley was the friendliest, most easy-going dog imaginable, and we spent our first year together enjoying a 'belated puppyhood', while learning basic obedience along the way,” Paula said.

“Having dabbled in agility in the past, I then decided it would be fun to enroll Riley in a weekly agility class, and as is so often the case, I was soon bit by the 'agility bug'. Eight months later we found ourselves entering the novice ring, and since then have had nothing but fun training and attending trials with all the great agility friends we've made along the way.”

“We look forward to many more years of agility fun together, hopefully attending another NAC, and are very grateful that the AKC allows 'All Americans' to participate in their agility program,” Paula said.