Good Times for Charlie as He Wins Championship Title 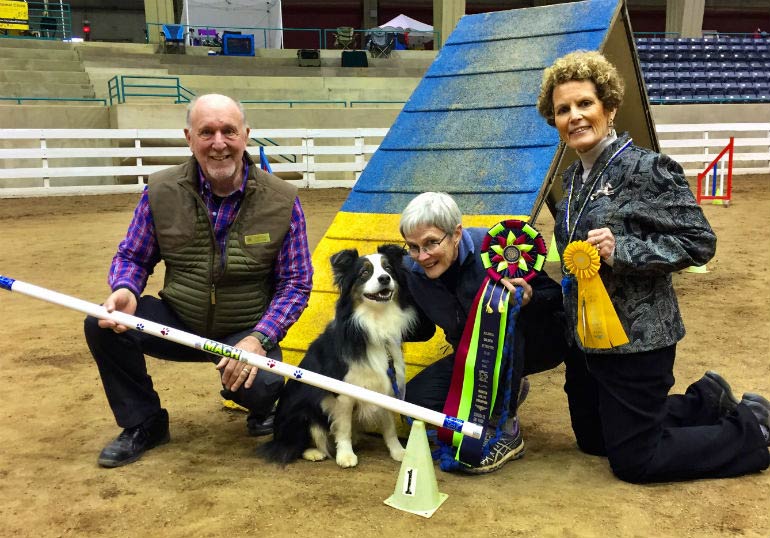 MACH Goodtime Charlie Griffith MX MXJ MXB MJB XF owned by Deborah Griffith of Newland, NC, recently earned the top title in AKC Agility – the Master Agility Championship (MACH). The honor requires dogs, once they reach the Masters level after advancing through three levels, to earn 20 Double Qualifying scores in both Standard and Jumpers with Weaves on the same day, plus 750 speed points. Dogs earn one point per second under the Standard Course Time.

Seven years after beginning the agility journey, Charlie and Deborah put together that last “double Q” needed for MACH on Feb. 12, 2016, at the Atlanta Golden Retriever Club trial in Pendleton, S.C.

Being Deborah’s first agility dog, Charlie patiently waited while his owner learned handling skills at classes at A Good Dog’s Life in Asheville, N.C., where they continue to train.

Charlie also holds titles in Barn Hunt and loves playing Frisbee and hiking and playing with his best friend Gracie, an Aussie.