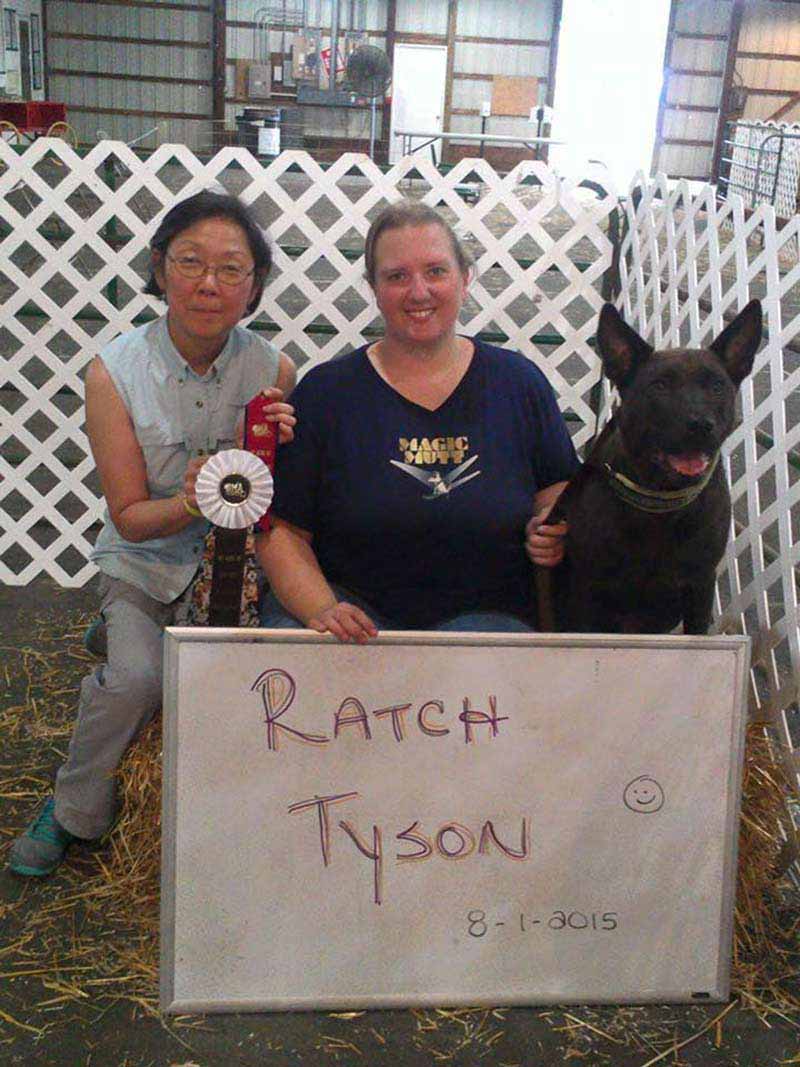 Tyson was approximately 12 weeks old when he joined Cindy’s family in July 2010. He was rescued off the streets of Detroit, found by a local rescue group, in a box labeled “Free Puppies” along with three others.  Cindy took Tyson to puppy class and progressed to basic obedience and early agility training.

“At 18 months of age, we realized Tyson had something wrong with his knees.  He would play like a puppy and would fall over in pain, limping on his back legs when able to regain his composure. At one point he was unable to move his back legs entirely. Tyson was diagnosed with luxating patellas in both his back legs.  I thought Tyson’s days of activities and fun were over.”

Tyson had surgery to repair his right knee in April 2012. Physical therapy followed in an effort to strengthen his core and right rear leg muscles.  Tyson’s physical therapist recommended the sport of rally to advance his recovery and to keep him active. In November 2012, Tyson received his AKC Rally Novice title, winning second place in his class!  “That was our first taste of competition and sparked our journey into other dog events,” Cindy said.

In August 2014, Cindy entered Tyson in his first Barn Hunt trial. “Barn hunt became a blessing in disguise. Tyson showed an immediate passion for this sport. Barn hunt is less physically demanding on his body, and this made the sport ideal for his knees.  Barn hunt continues to strengthen our bond and we are finally participating in a sport that we both enjoy.”