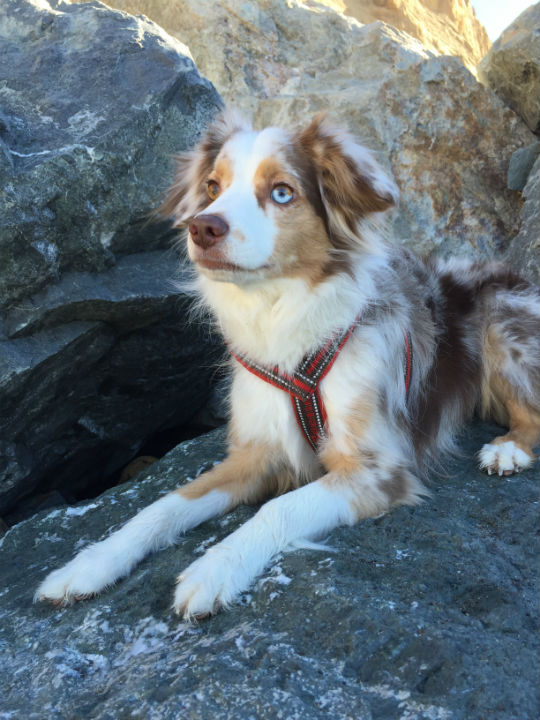 Michelle adopted Kuma from the San Francisco SPCA in 2014 when he was around a year and a half.

He was a stray dog from a neighboring county before being picked up and turned into a shelter. “I've had him for about two years now, and he's a complete joy and a pain in my butt (from time to time),” Michelle said. “He's super smart and loves to learn new tricks and bother his Chihuahua/Jack Russell mix brother.”

Kuma loves running on the beach and hiking the area trails with Michelle. He excels at putting his running skills to the test at AKC Coursing Ability Tests.

Kuma earned the highest honor in AKC Coursing Ability – the Coursing Ability Excellent (CAX) title – in January. The test is for all dogs to release their natural prey drive by chasing a lure (white trash bags) tied to a pulley system that moves the lure jerkily around a field. Most dogs love the sport and enjoy the chance to stretch out and run!

Kuma is a member of the AKC Canine Partners program for all dogs, including mixed-breeds and rescues.