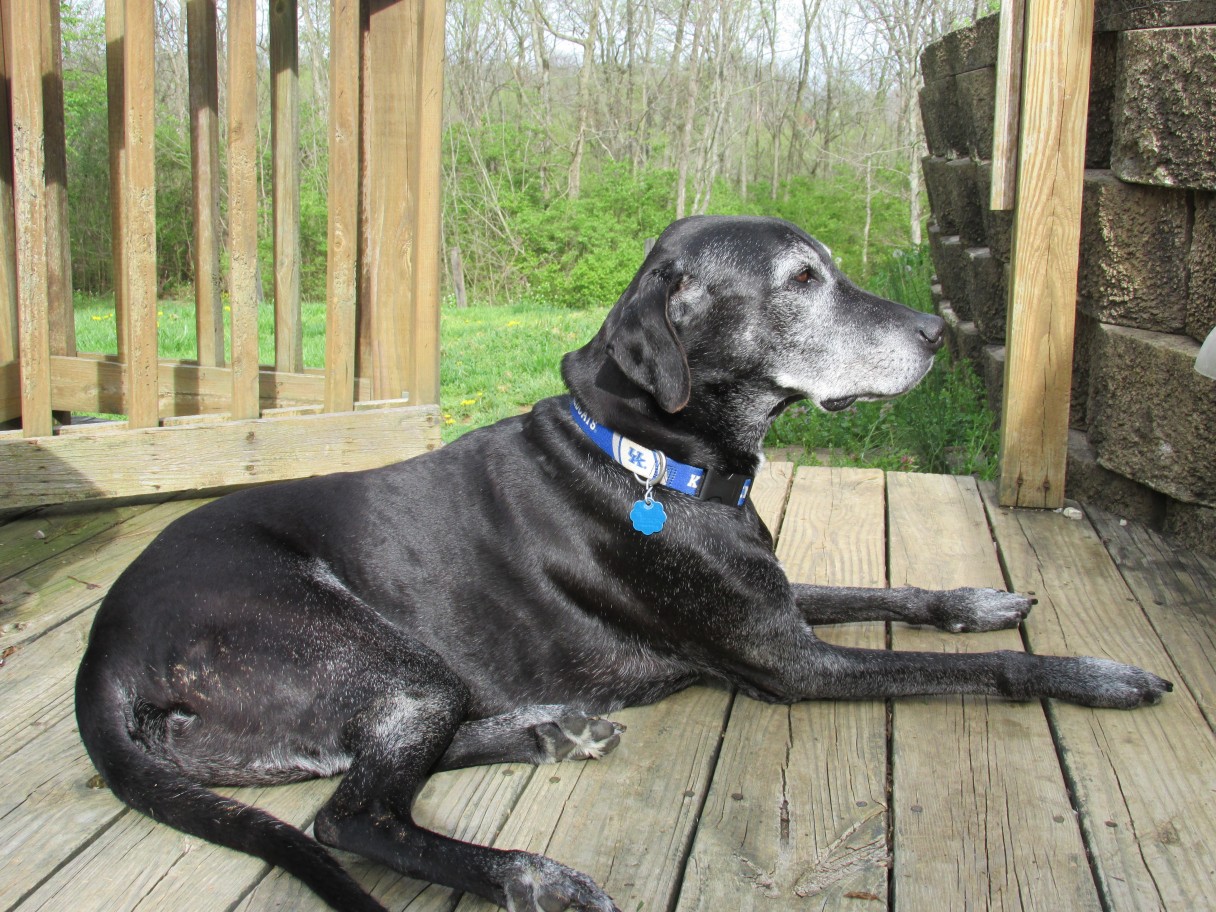 Rebel is a former shelter dog who now serves his community as a search and rescue dog and a certified therapy dog. He was honored for his amazing contributions with an Honorable Mention award in the 2015 AKC Humane Fund Awards for Canine Excellence (ACE) in the category of Search and Rescue. He has participated in numerous searches, including helping track down four murder suspects. His owner, Stephanie Stefanic of Georgetown, KY, adopted Rebel while she was still in college and tells us about how she discovered his special talents.

Rebel is an amazing dog. Adopted from an animal shelter in June 2002, Rebel has worked harder and been more productive than many humans do in a lifetime.

He started out being a best friend to me – his college student owner. Then he started being “borrowed” by my friends who wanted to play with him, take him for walks or just hang out. I realized that this dog was able to connect with people and make them happy.

Rebel completed agility classes with ease, and obedience classes were simple to him. Next, I was able to put Rebel through the steps to be registered as a therapy dog. Less than two years later, Rebel started training for search and recovery. Within four months, he was certified – much earlier than most dogs would ever dream of this honor.

Rebel was a natural. With his therapy dog certification, Rebel was able to help me with my special education classroom and my husband in his science classroom during the day. At night, he visited rehabilitation hospitals and nursing homes and continued training for search and recovery. He had fans everywhere! While on searches, his hard work often put him in high priority areas, and his good demeanor made him first pick for searches involving children or special needs individuals. Rebel has helped bring justice in at least four murders.

I have said for at least two years that I am retiring him, but at 13 years old, he is still going strong. This spring he started allowing my 4-year-old daughter to start working him on search and recovery. She loves the game, and her 21 month old sister loves giving him obedience commands.