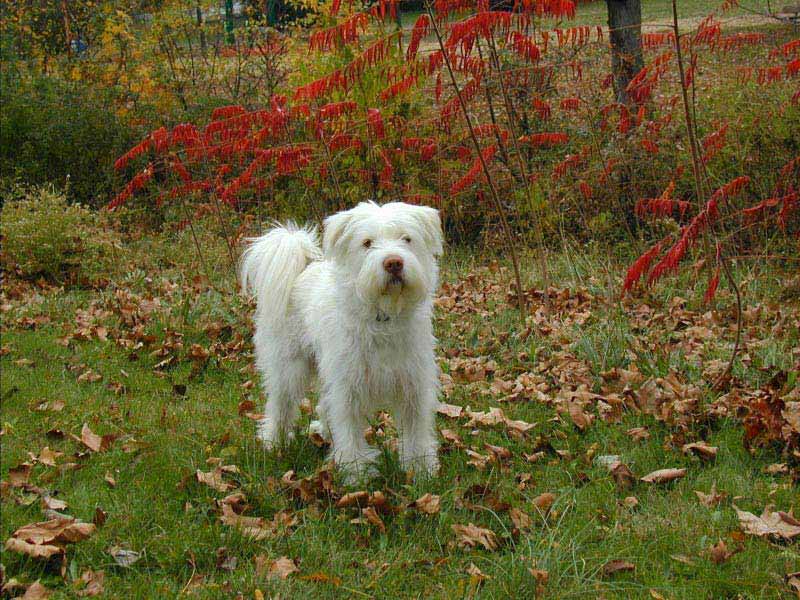 Susan Smith of Bordentown, NJ, shares this special story of her mixed-breed, Charm, who has overcome many obstacles to earn the highest honor in AKC Rally. Today, Charm Princess Jewell Smith RAE THD CGC, is healthy, happy and also making others happy through her work as a therapy dog. Charm is a  member of the AKC Canine Partners program for all dogs, including rescues.

We adopted Charm at the age of 7 months, through Pet Rescue of Mercer,NJ, affiliated with Petsmart Charities. At the urging of concerned persons, Charm's previous owners relinquished her. Her owners could not afford to treat her leg, which was broken by an unknown cause, and she was very malnourished. Photos of her from that time in her life cause great sadness.

After rescue, she stayed with a foster family for three weeks during which time her leg was realigned and set, paid for by Petsmart Charities. After those three weeks, we adopted her in July 2009 and followed through with the post-surgical appointments. With rehabilitation, including swim therapy, Charm's leg fully healed.

Charm proved quite adept at learning. She sailed through classes in obedience, agility and rally.  By November 2012, she earned her AKC Canine Good Citizen and Therapy Dog certification, all in less than three years!

She displayed great aptitude for AKC Rally so Charm was entered in her first competition in April 2013, and by May 17, 2015 she won the highest honor in AKC Rally – the Rally Advanced Excellent (RAE) title.

She scored no lower than 90 in any of her Rally competitions and earned 18 blue ribbons! Most significantly, Charm competed in the inaugural AKC Rally National Championship in Harrisburg, PA, in March 2014. She came in fifth place in the Advanced class!

Additionally, Charm recently earned her AKC Therapy Dog title for making more than 50 visits to nursing homes and schools. She really enjoys spending time with people and performing various tricks, such as sneezing on command.

People are absolutely captivated by her and tell her that she has such a “charming” personality. Charm continues to enjoy Rally classes and has started freestyle dance classes. Charm is an exceptional AKC Canine Partner as demonstrated by overcoming obstacles she encountered as a puppy followed by her many significant  accomplishments!