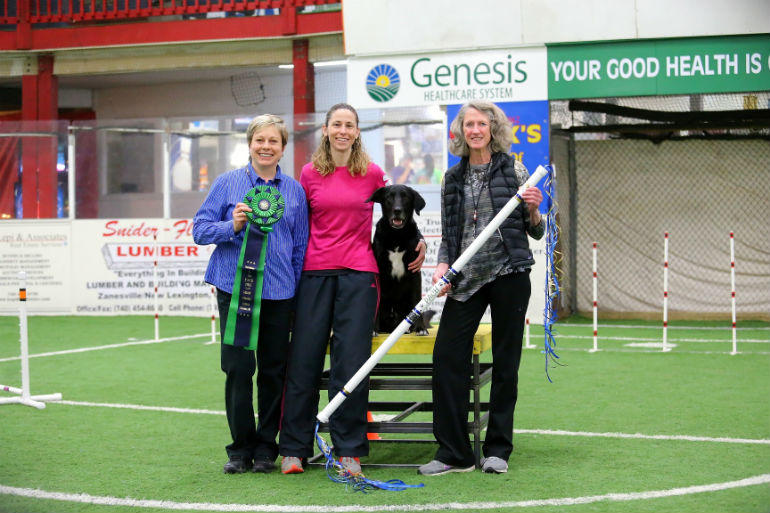 Colleen had never owned a dog before. But one day she saw an ad in the local newspaper about a Border Collie – Golden Retriever mix.

“I thought that sounded like a good dog,” Colleen said. “I headed out to a local farm, and Dexter picked me.”

After a good friend exposed her to agility, she enrolled Dexter in some classes and today “I have this fantastic dog who has given me great joy and companionship. Dexter is a gentle soul with a heart of gold and always gives 100 percent. My life has been immeasurably enriched because of his presence.”