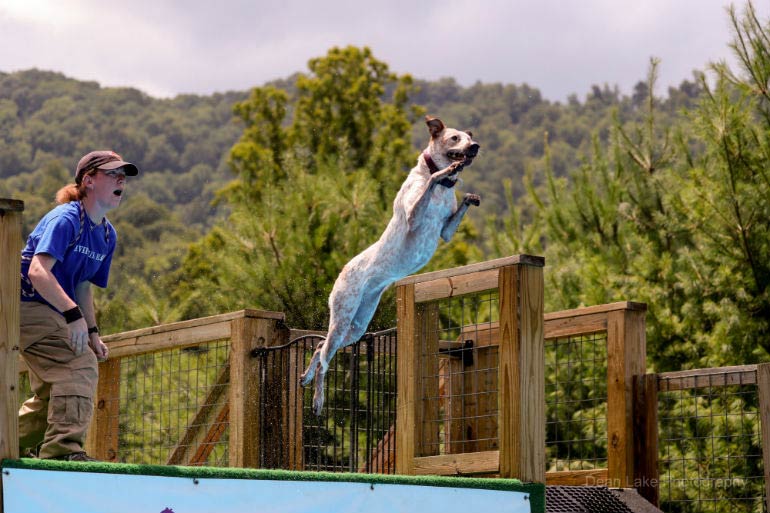 Emberly is a mixed-breed dog also known by Kathryn as “The Very Rare Spotted Dog.”

Kathryn first met Emberly as an 8-week-old puppy at Young Williams Animal Shelter in Knoxville, TN, and says “our futures changed forever. With her heart, stamina, and a boundless amount of energy, she has become my first canine sporting dog.”

One of Emberly’s favorite activities is dock diving. This is difficult for many people who knew her as a puppy to believe, as Emberly was initially terrified of water and would not even swim. “After Emberly managed to overcome her fear, her love for an adrenaline rush rocketed her 23 feet, thus achieving a Dock Master Title with North America Diving Dogs (NADD).”

Emberly has received an invitation to the 2016 NADD Nationals taking place in December in Orlando, FL.

At just 2 years old, Emberly also holds titles in AKC Coursing Ability and Barn Hunt and is starting to compete in AKC Agility.

“We can’t wait for next year; let’s have some more fun with our doggie friends!” Kathryn said.

The AKC recognizes the titles of NADD and the Barn Hunt Association as well as other some other organizations, including North American Flyball Association. For more information: /events/title-recognition-program/