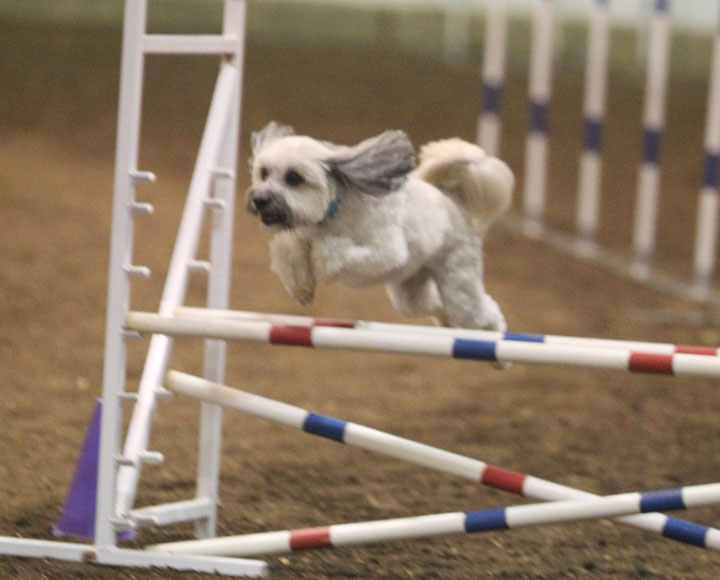 “Folly took obedience classes and was always a disruption in class. He could not focus…We tried everything to calm him but nothing seemed to help.”

A friend suggested agility for channeling Folly’s energy so Trudy enrolled him in a class.

“I had no intentions of actually entering him in an agility trial; I just wanted something for him to do.”

But as agility classes continued, Folly started improving and became very good at keeping his focus. After  year of training, the instructor said Trudy should enter him in an agility trial.

Trudy did just that and Folly came home with two qualifying ribbons. Two and a half years later, on Jan. 31, 2014, he earned the AKC’s highest honor in agility – the Master Agility Championship –  at the Tennessee Valley Kennel Club trial in Harriman, TN.

“His instructor signed his MACH bar as MY BEST SUCCESS STORY.’ “ Trudy said.

Folly competes in AKC Agility through the AKC Canine Partners community for all dogs, including mixed-breeds and rescues:

for more information on the fun sport of agility, /events/agility/