Cute Corky is Always Ready to Learn a New Trick 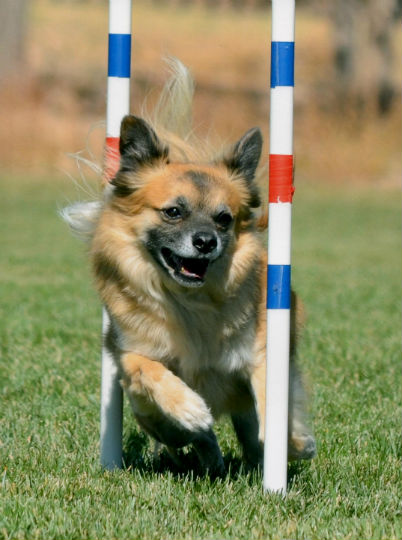 Corky is Carol’s first agility dog and first agility champion.  She adopted Corky from a rescue group in 2008 and began the agility journey in 2010. They had just started to compete when AKC began the AKC Canine Partners program for all dogs, including mixed-breeds and rescues.

“AKC became my favorite agility venue,” Carol said. “Corky is always ready to learn a new trick and is patient when I train a new handling move.  Corky is my loving and affectionate buddy.  He is and will always be my shadow and holds a special place in my heart.”

They finished the AKC Preferred Agility Championship (PACH) on April 8, 2016, at the Valencia Valley Kennel Club of New Mexico trial.