Congratulations to the first All-American to Earn the VST Tracking Title! 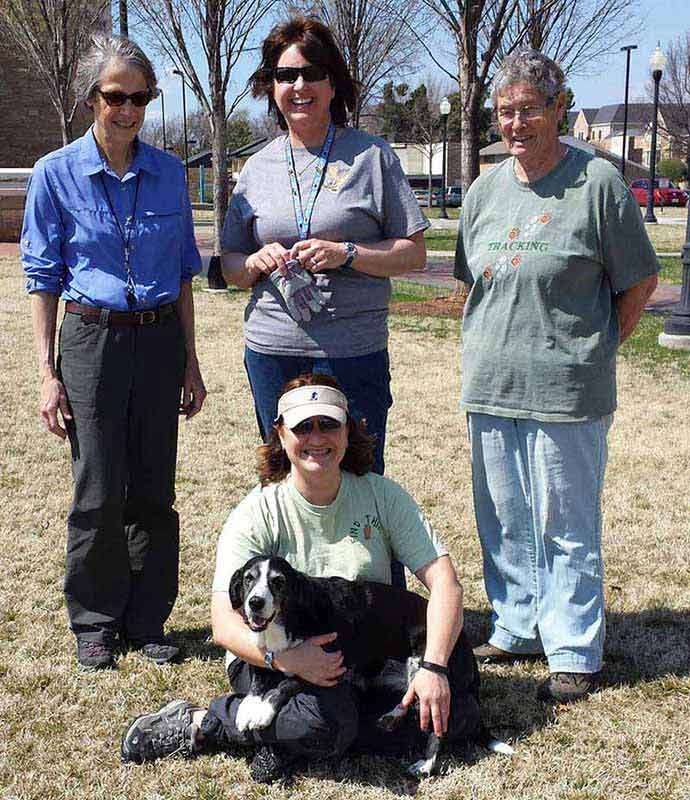 Charlene found Maddie in the streets of Arlington, almost 12 years ago in November.  The vet estimated her to be about 1 ½ years old.  Despite attempts to find Maddie's real family, she ended up staying at the Dunn household.  “Maddie is best we can tell a Border Collie / Basset Hound mix, lovingly named a ‘Boss-I,’,” Charlene said.  “Maddie was afraid of everything when she first came to us.  Being owned by a Tracking/Obedience Judge, she quickly was put to work as tracking builds a dog's confidence. “ At age 12, when the AKC allowed mixed breeds to enter tracking tests, she earned her TD.  One week later, she was the second All-American to earn her TDU.  Less than six months later, she is the first All American to earn her VST.  At age 13 she is showing all those youngsters how this game works.” Shown in the picture is Maddie with Charlene, judges Nan Cochrane and Linda Baschnagel, and tracklayer Carol Cagle.

AKC opened AKC Tracking tests to mixed-breed dogs on Jan. 1, 2014. For more information on how to get your dog involved in tracking, go to: /events/tracking/