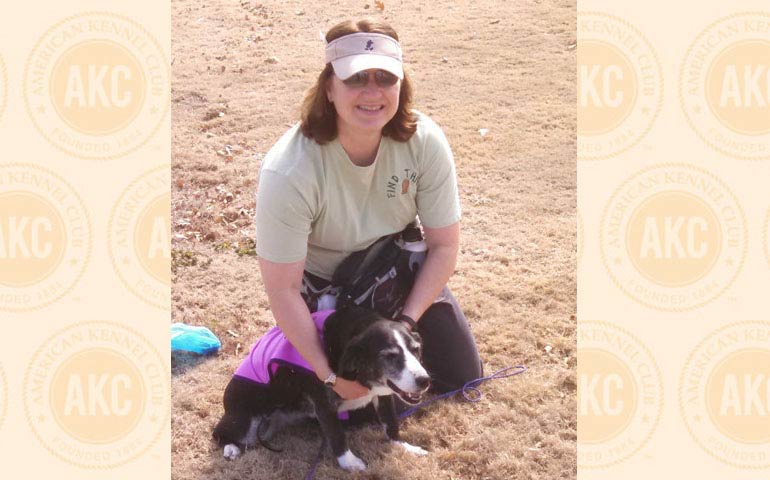 Charlene found now 13-year-old Maddie in the streets of Arlington, TX, 12 years ago.  The vet estimated her to be about 1 ½ years old.  Despite attempts to find Maddie’s real family, she ended up staying at the Dunn household.

“Maddie is best we can tell a Border Collie / Basset Hound mix, lovingly named a ‘Boss-I,’,” Charlene said.  “Maddie was afraid of everything when she first came to us.  Being owned by a tracking/obedience judge, she quickly was put to work as tracking builds a dog’s confidence. “

“At age 13 she is showing all those youngsters how this game works,” Charlene said.