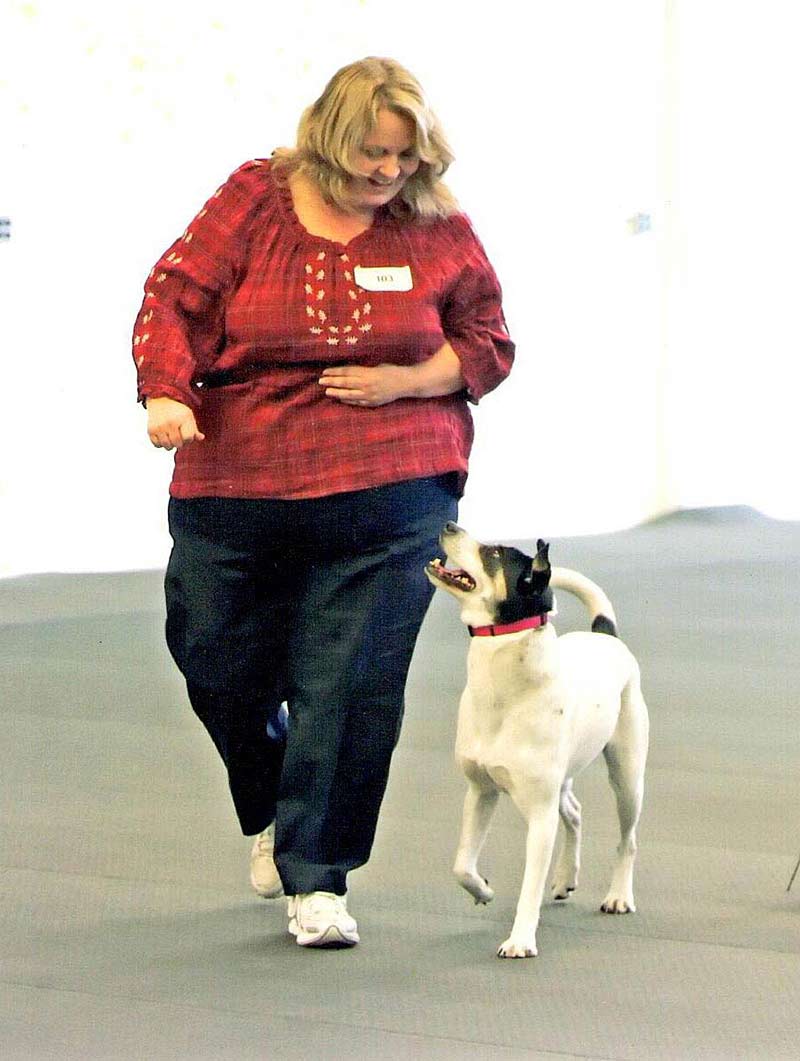 Cajun was born just over 11 years ago at Birgit’s home. She was one of 10 puppies in Birgit’s first foster litter from animal control.

“Even though I did all I was supposed to with Cajun (going to classes, socialization), she always had fear aggression,” she said.

Cajun stayed with Birgit as a beloved pet after her litter mates were adopted and went home with their new owners. Seven years later, Birgit was competing with her Mastiff in breed, obedience and rally.

“When he passed at a young age, I missed going to trials and decided to give Cajun a go.  I started training Cajun with the hope of getting a few rally titles.  My goal was not to get high scores but to build a relationship and work through Cajun’s issues,” she said.

“I was pleasantly surprised how much she enjoyed her training. But being a senior and not a typical obedience breed, Cajun was not always the easiest dog to convince that obedience was truly fun.”

“The tears of joy were flowing,” she said. “We did have a few non-qualifying rounds along the way, but she earned her UD with two legs in a row, earning first place in both trials.”

Since completing her UD title on Jan. 31, 2015, Cajun is enjoying retirement from obedience but still staying active and competing in the sport of Barn Hunt.

For information on joining the AKC Canine Partners community, for all dogs, including mixed-breeds and rescues: /dog-owners/canine-partners/