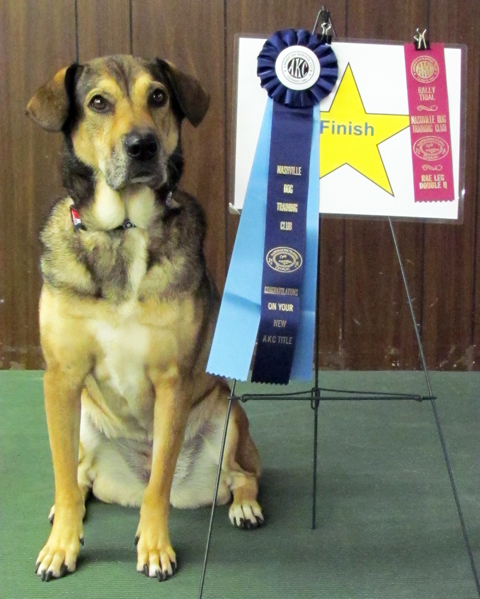 Brownie was discovered sleeping under the rose bushes in Carol’s front yard and shortly thereafter, joined her family as permanent member.

Carol took Brownie to obedience classes to learn some manners at the Shelby County Obedience Club (SCOC) in Memphis, TN, and Brownie did so well that they kept attending classes.

“Brownie was the first All-American Dog to represent the SCOC in competition in 2011 and the second to title. Thanks to their mentorship and access to competition through the AKC Canine Partners program, we continue to expand our training and trialing horizons.”

Brownie competes in AKC Rally through the AKC Canine Partners community, including mixed-breeds and rescues: