All Dogs Can Play the Fun Sport of Flyball 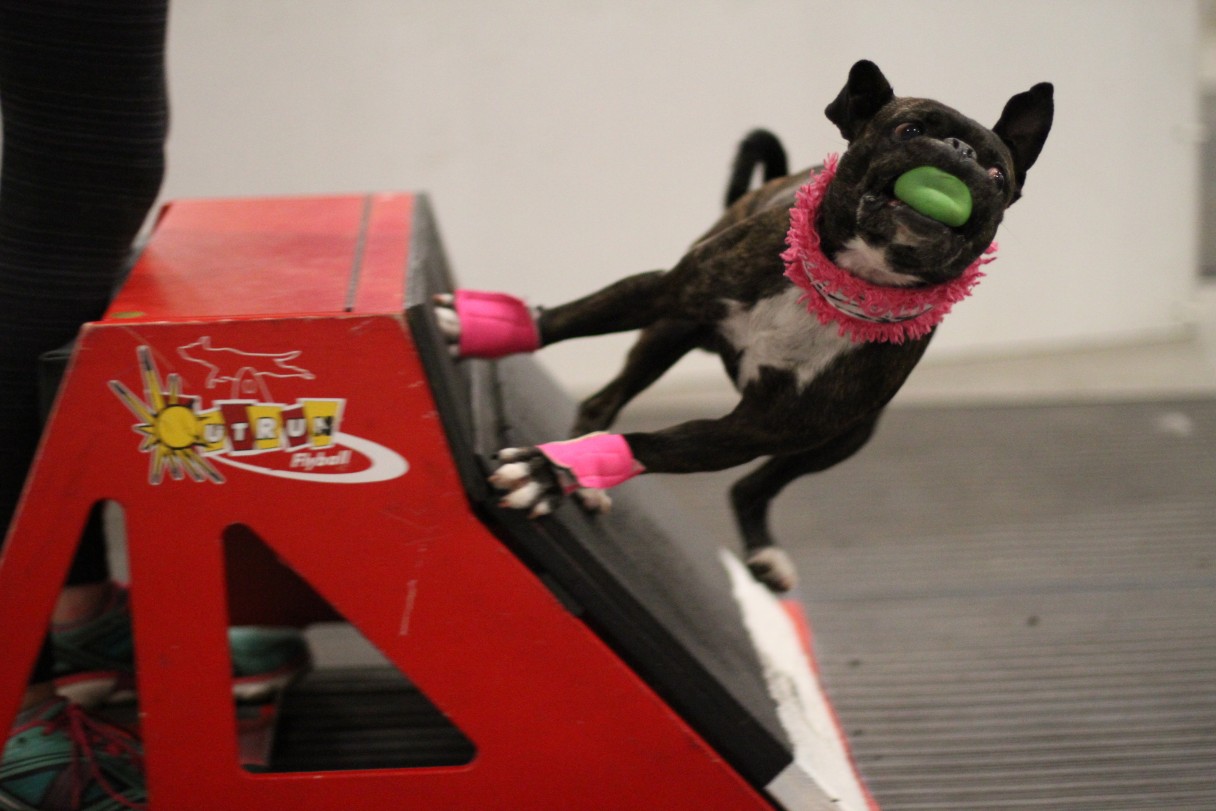 If you have ever seen the fast sport of Flyball, you probably spotted many Border Collies and Australian Shepherds streaking down the lanes. But all dogs can play in this team relay race. Just ask Olive, a French Bulldog mix, who recently earned the prestigious ONYX award from the North American Flyball Association (NAFA) for accumulating 20,000 points! AKC recognizes the titles of NAFA for AKC registered dogs, like Olive who is a member of the AKC Canine Partners program.

“After plenty of obedience classes and a focus on the game of fetch, she was ready to move on to flyball. We began her flyball career in October 2012; since then she has competed with her team EZ Goin in four states and multiple tournaments including the North American Flyball Association’s CanAM Classic in Indianapolis,” Alysha said.

Olive earned her ONYX title from NAFA in February 2015 and is working on the next title FGDCh-Flyball Grand Champion. Olive also earned her CGC title in the fall of 2015.

“Olive's next endeavor is to enter the world of agility as we begin her training this spring.  When not competing she enjoys wrestling with her French Bulldog brother, long walks, puzzles, social brewery visits, and patio dining with the family.”

For more information on flyball: www.flyball.org